Over the past weeks we’ve been hearing a lot of intel on the Samsung Galaxy S III and now there’s even a new picture out there to speculate on. It kind of reminds me of the picture that Eldar Murtazin posted on Twitter before MWC 2012, claiming that this was a “new phone” coming to MWC 2012. 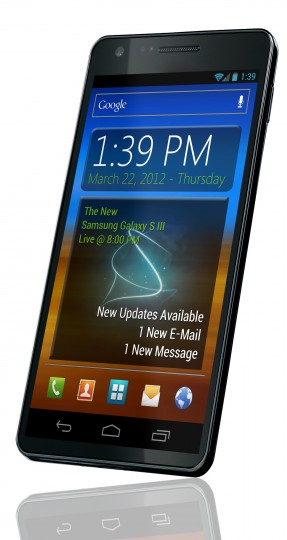 The Galaxy S III here is pictured in what looks like a press image, although odds are that it’s a fake. The guys of Phone Arena received the image dubbed “official press image” and if you take a closer look, you’ll certainly find some Photoshop editing traces. For example, the widgets adopt different sizes and shape, the lighting is off and messed up and the spacing between icons is weird. Of course, it’s very likely that the Samsung Galaxy S III will look something like this, but this is not it.

One thing’s for sure: since it will run Android 4.0 ICS, we’ll have to use capacitive buttons and not physical ones. The design also shows a longer handset than usual, going along with that 4.8 inch screen rumor that appeared recently. This week we’ve heard from the usual rumor mill Eldar Murtazin that Samsung already started production for this phone and that it’s coming soon, with Android 4.0, 720p display, quad core Exynos CPU, ceramic back and 12 megapixel camera. Found any other flaws in this Photoshop job? 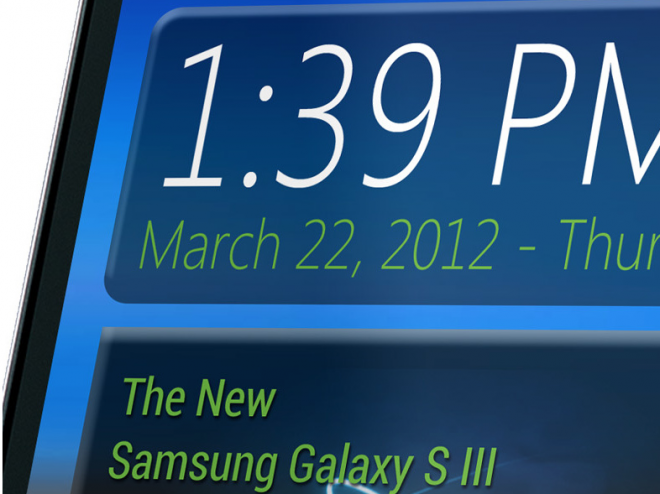