Last week was all about the leaks of pictures portraying the Samsung Galaxy S III and this trend continues this week, with a fresh sighting of the device taking place hours ago. This time, the new Samsung flagship was spotted in a Visa ad, showing its NFC chip power and payment services. Some people say this is in fact the Galaxy S II… what do you think? 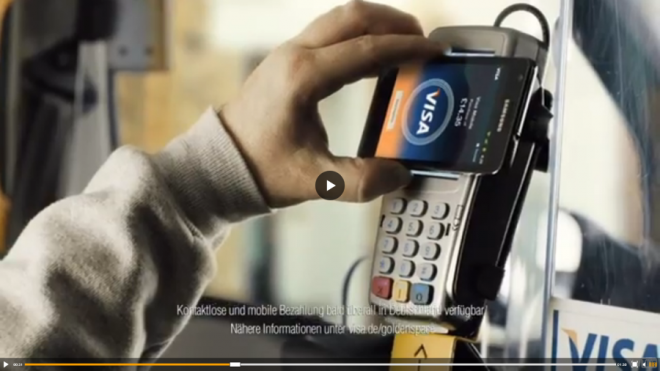 It could still be the Galaxy S III, since the device seems a bit too wide and it doesn’t seem to have a Home button. Also, recently Samsung and its new phone have been associated with the Olympic Games 2012 edition taking place in London this year. Visa is a sponsor for this event and so is Samsung, so everything makes sense now. It appears that there’s a many million dollar campaign for the Galaxy S III focused on the Olympic Games theme and I’m curious how that will work out.

Last I heard, this phone was coming in late May through an Unpacked event in London. I guess we’ll just have to wait and see if the 4.8 inch 720p phone will truly have a quad core phone, 8 or 12 megapixel camera, LTE, NFC, 1GB of RAM, Android 4.0 and maybe edge to edge display. 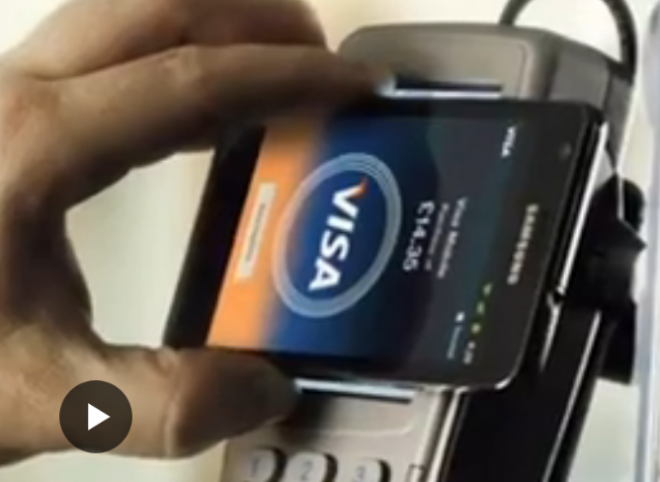