We’re only 3 days away from the big unveiling of the Samsung Galaxy S IV in New York and today we’re witnessing a pretty big leak: hands on pictures of the Galaxy S IV. A Chinese forum is the source of the leaks and the forum poster claims that this is the dual SIM version of the Galaxy S IV for China Unicom. 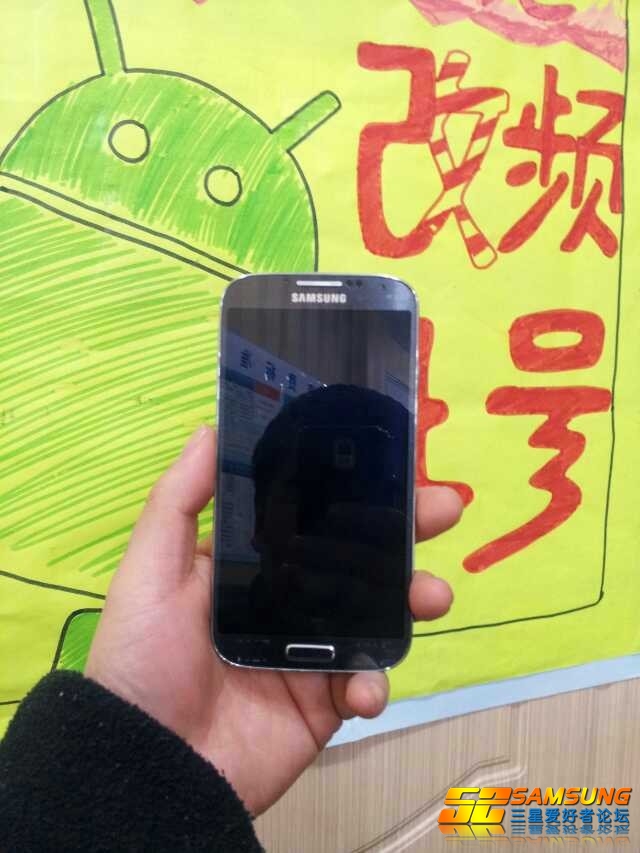 Considering the source of the leak, my first thought was that we’re dealing with a clone created ahead of time. This model looks quite a bit like the Galaxy Note II and also the plasticky back cover seems a bit too cheap for it to be real. The device is expected to feature an Exynos 5 Octa CPU, a Mali T678 GPU, a 4.99 inch Super AMOLED Full HD screen and 2 GB of RAM.

There’s also a 13 megapixel rear camera with Full HD 30 FPS video captrue, a 2 megapixel front camera with 720p HD videos and Android 4.2.2 Jelly Bean as the OS. Among the images leaked there’s also a shot of the device scoring 26k points in AnTuTu, making me less sure that this it the real deal. From what I’ve seen in AnTuTu so far, the Galaxy S IV is even able to reach 40k points… So, is this leak legit or not?