The folks of NY Times have an inside source at Samsung, who revealed one of the features of the upcoming flagship smartphone. It appears that the device will have Eye scrolling, a function that was rumored to appear on the Galaxy S III, but in the end it didn’t make the cut. 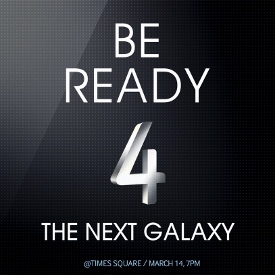 The phone will be able to track a user’s eyes in order to determine where to scroll, according to the Samsung employee we just mentioned. An example given by the guy was that one user may be reading an article and his eyes may reach the bottom of the screen and then the software will scroll down automatically to reveal the next text paragraphs.

The source didn’t explain what technology will be used for the eye tracking and also didn’t say if we’ll get to see it in action at the big unveiling on March 14th next Thursday. An argument for this debut may be the trademark that Samsung filed in January in Europe for the name “Eye Scroll”. Samsung Eye Scroll was also filed in the US in February, describing it as computer application software that senses eye movements and scrolling displays.