It looks like the iPhone 4 and HTC EVO 4G aren’t the only devices setting sales records these days, as the Samsung Galaxy S recently achieved a new one: 200,000 units sold in Korea within 10 days. Also, experts estimate that the device has sold over 1 million units internationally, till now. 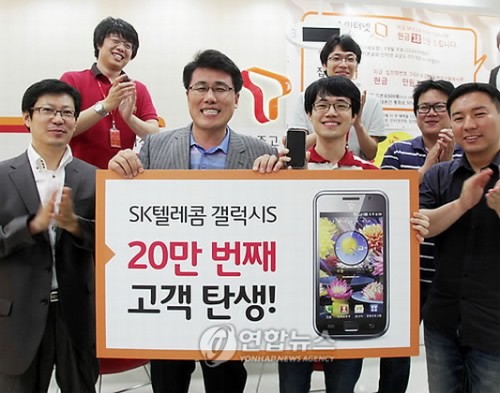 In comparison, Apple sold 800,000 iPhone 3GS units in Korea in around 8 months. Sales might be higher after the Cupertino giant debuts the iPhone 4 in the country, specially considering that the handset moved over 1.7 million units in the first weekend of availability.

Samsung Galaxy S will be sold in 110 countries internationally by the year end. European and Asian markets aren’t the only ones taken into consideration, but also North America, where the phone will debut via AT&T, Sprint, T-Mobile, Bell and Verizon. And what’s not to like about the Galaxy S?