In case you’re wondering if the US version of the Samsung Galaxy S (Captivate on AT&T and Vibrant on T-Mobile) are different, know that they’re not. The only difference is the network they’re forced to connect to and the branding. Now, the industrious folks of XDA Developers have found a way to make the Vibrant work on AT&T’s 3G network. 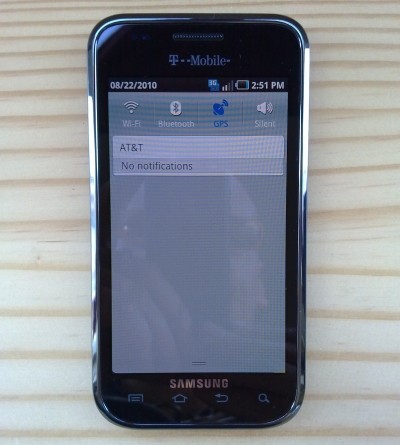 Apparently, the unlock codes are already stored on the Galaxy S handset and all you need is a script and a USB cable to unlock the device. XDA Developers discovered that the needed codes are stored in a .BAK file on the smartphone, editable with a hex editor and key when inserting a new SIM card.

Engadget tested the solution on the Vibrant and Captivate versions and they were both running on the networks they were not meant to run on in less than 5 minutes each. However, the Captivate only managed to get EDGE speeds on T-Mobile, but still the hacking worked. No rooting is required for these phones, so warranty won’t be voided.