It’s not every day that a smartphone flagship series turns 10 years old. It actually almost never happens, if I’m being completely honest, so the Samsung Galaxy S10 is really a special item. It was unveiled on February 20 in multiple versions and now we have the Samsung Galaxy S10+ for testing purposes and unboxing. To make it more clear, we have the dual SIM, Exynos 9820, Prism Green version of it. It also has 8 GB of RAM and 128 GB of storage.

The price is around $949 or so and since we have the dual SIM unit, I have to mention that one of the slots is a nano SIM slot and the other a hybrid one, for either the nano SIM or microSD. The box is rather odd for me, since Samsung decided to have a part of it stuck to the top. It’s the part that holds the manuals and SIM key and it easily gets stuck there. 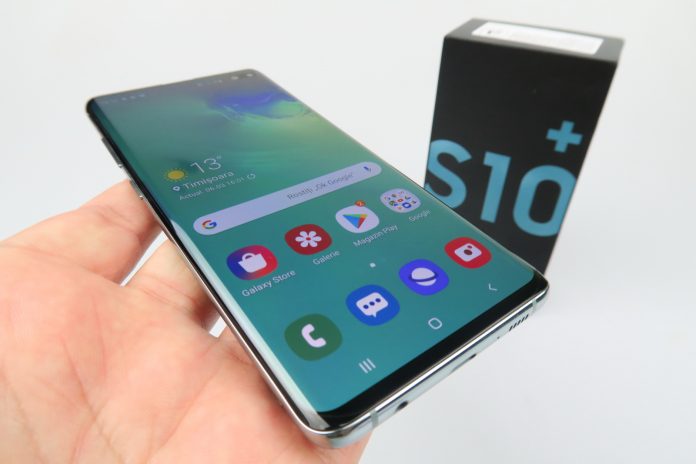 Also inside the box there’s the set of headphones, with plugs for them and a very solid cable. It also has an inline remote and AKG tuning. Other accessories are an USB Type-C cable, the charger and two adapters: from USB Type-C to full USB and from USB Type-C to microUSB. The phone expands on the Galaxy S9 design, but with narrower bezels, especially at the top and bottom. 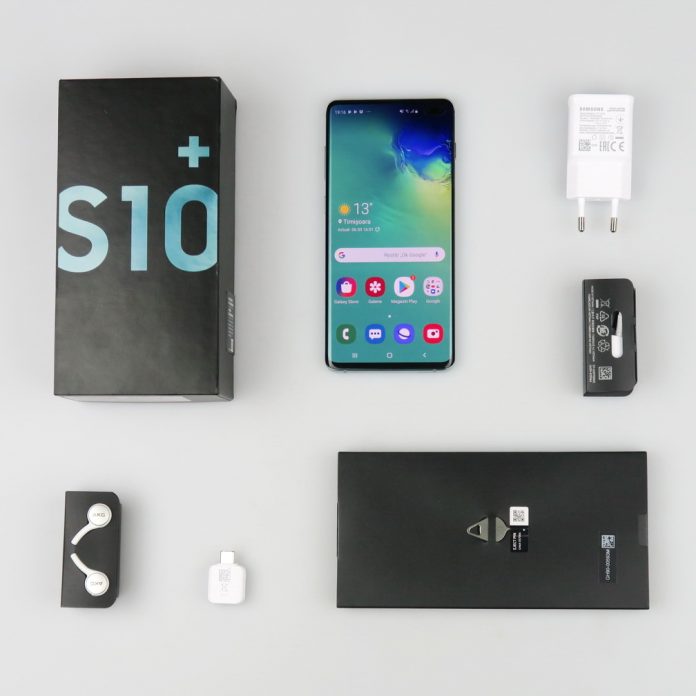 Also, there’s the dual cutout for the front camera, which frankly speaking bothers me less than expected. Actually, not at all. The phone is pretty light at 175 grams for a 6.4 incher and in spite of being close to a Galaxy Note size, it fits the palm OK. Grip is also OK and the device doesn’t slip. Build is premium, since we have glass and metal and Samsung has already applied a protection for you, from what I’ve heard.

Specs-wise, we’re treated with a Dynamic AMOLED with a 3040 x 1440 pixel resolution, HDR10+ support and Gorilla Glass 6 protection. The fingerprint scanner has been embedded in the screen and after trying it out, I have to say it’s still slow, like I complained on the Huawei Mate 20 Pro and OnePlus 6T. The CPU is an Exynos 9820 in our European version, but the Chinese/US versions have a Snapdragon 855. It’s a battle of 8 nm versus 7 nm chip here. 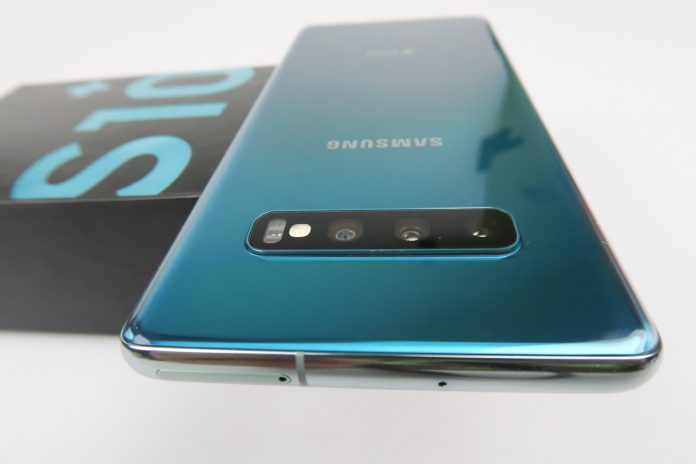 There’s also 8 GB or 12 GB of RAM here, 128, 512 or 1 TB of storage, plus a microSD card slot. By the way, higher end versions have a ceramic back to show off. There’s stereo speakers, pulse and oxygen sensor at the back, a 4100 mAh battery and wireless charging. This goes two ways, so you can get the device charged wirelessly and also charge other devices via wireless.

Another novelty is also the WiFi 6/WiFi ax support, which is supposed to be 20% faster than the previous version. A total of 5 cameras are on board, with a triple back setup, composed of a 12 MP main camera with OIS and variable aperture, a 12 MP 2X optical zoom telephoto camera and a 16 MP ultra wide cam. The first two have OIS. 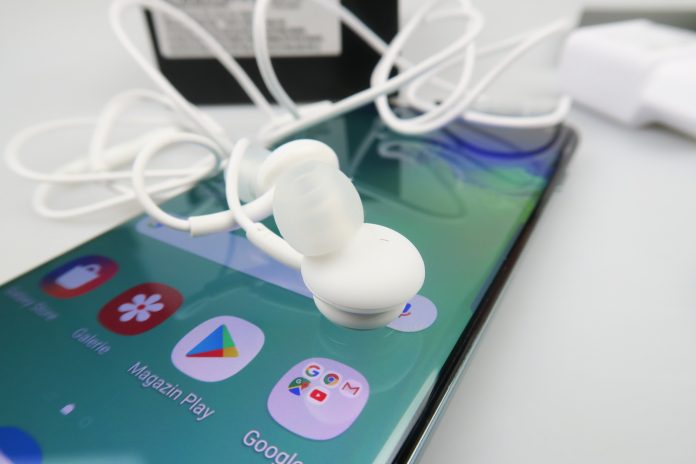 There are also two front cameras here, a combo of 10 MP and 8 MP, with Bokeh and 4K video capture. There’s Super Slow Mo here, Super Steady stabilization, a smarter scene recognition and 4 Bokeh modes, including a spiral, black and white or vignette of sorts. There’s plenty of stuff to discover, including HDR10+ filming and Dolby Atmos acoustics, not to mention Android Pie with One UI.

The Bixby button is now customizable, there’s a Night Mode, optimization and new navigation gestures. Rest assured we’ll be back with a full review soon. You can get it here.