Barely one week after the Samsung Galaxy S4 was announced we catch a glimpse of the Galaxy S4 Mini, aka the GT-I9190. It’s pictured below and SamMobile Twitter follower Ermek is the one behind the leak. 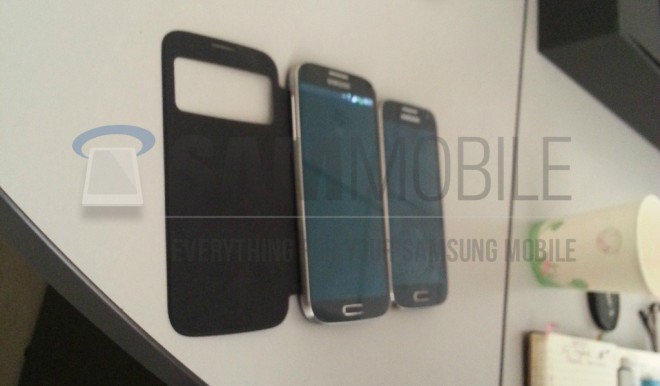 It all fits within the “Project J” initiative, that also includes the Galaxy S4 and Galaxy S4 Mini. While the Galaxy S4 packs a 4.99 inch Full HD screen, its Mini version will have a 4.3 inch Super AMOLED qHD display. This handset is expected to debut in June/July, while the S4 will come at the end of April.

Its specs will also include a 1.6 GHz dual core processor and the device will be based on the TW Nature UX 2.0 running on Android 4.2.2. The Galaxy S4 Mini will also come in a dual SIM variant, just like the S4 is rumored to. As predicted and as shown in the images, the device looks much like a smaller Galaxy S4, which it actually is. 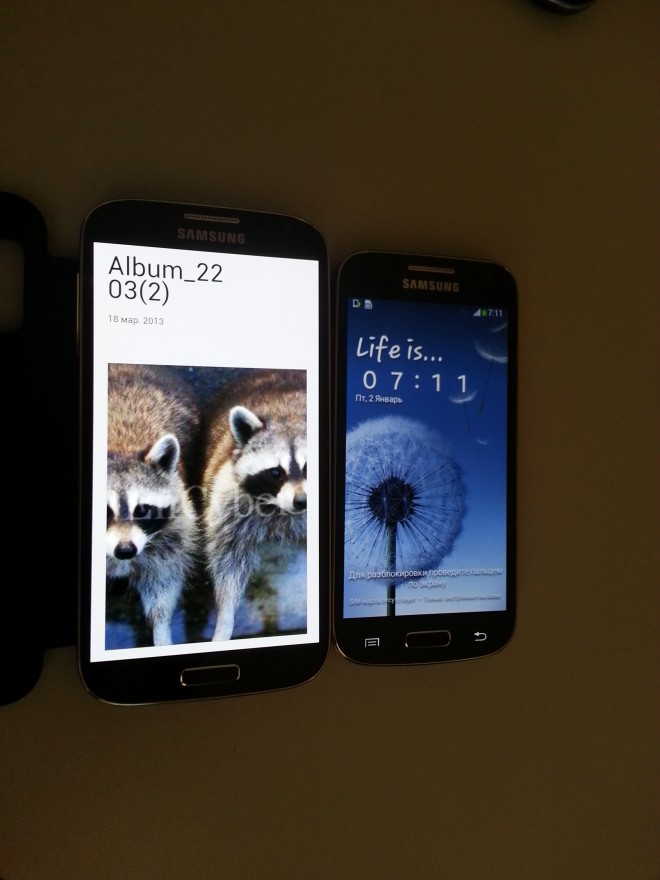 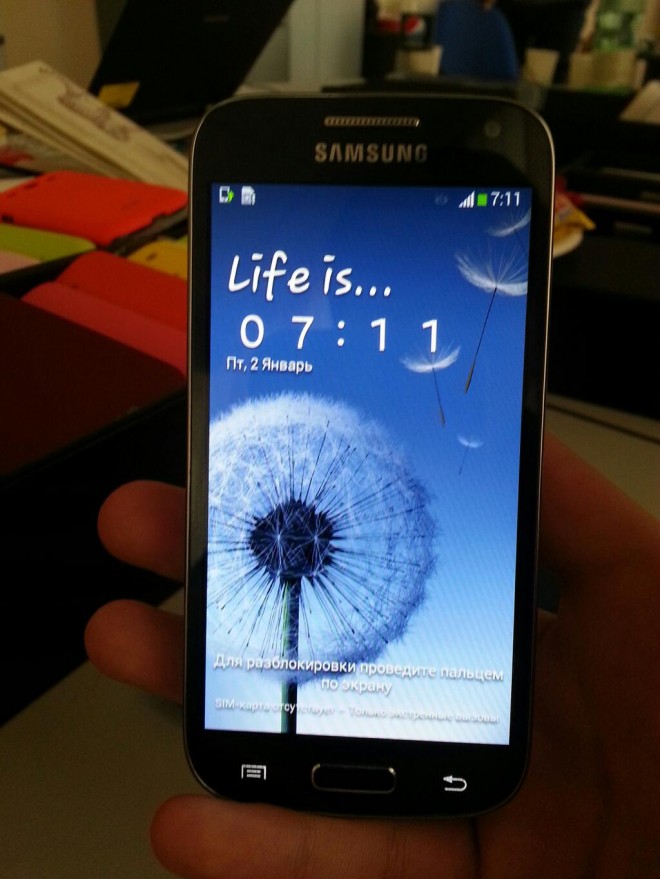