A device codenamed Samsung GT-i9195 has just reached the FCC and if this codename doesn’t sound familiar, it’s because the product hasn’t been launched just yet. It’s one of the versions of the Galaxy S4 Mini, that has already been unveiled officially, but not launched yet. 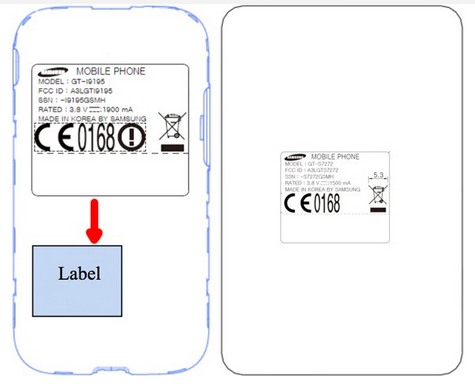 The product is expected to appear and get a price and launch date at the Samsung Premiere event that will take place on June 20th in the UK. This version you see here sketched is not an US one, but rather a South Korean unit with specific LTE radios intended for that region. The really interesting bit of this piece of news is the apparition at the FCC of yet another Samsung model dubbed GT-S7272.

Supposedly, this model is also intended for the South Korean market and it could be the Samsung Galaxy Ace 3. The phone is expected to run Android 4.2 and pack a 4 inch 480 x 800 display. Last we heard, this handset was coming in Metallic Black, Metallic Blue, Pure White and Wine Red.