Samsung Galaxy S4 Mini was introduced in June during a special Samsung event and now it has reached us for testing purposes. The handset is priced at about $500 in USA and by the way, we already did a huge review of the Samsung Galaxy S4, so expect the same here. 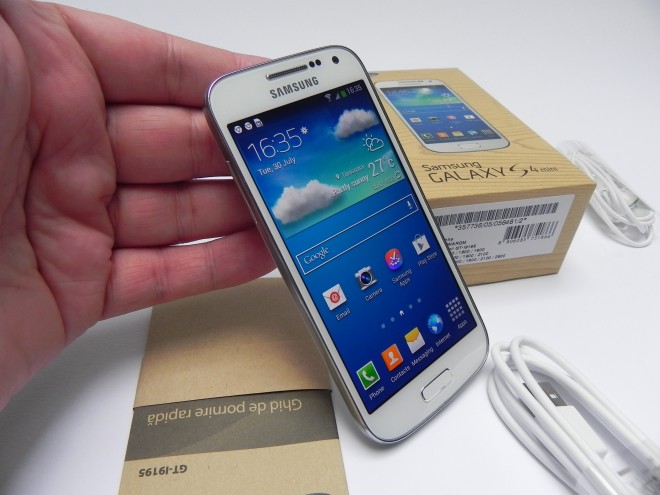 The smartphone features the same wooden themed box that the Galaxy S4 had and pretty much the same accessories. Samsung Galaxy S4 Mini measures 8.9 mm in thickness, weighs 107 grams and packs a 4.3 inch qHD Super AMOLED screen with Gorilla Glass protection. The phone uses a microSD card slot with support for up to 64 GB of storage, 8 GB of storage, of which 5 GB are available to the user.

Other features include 1.5 GB of RAM, HSDPA with 42 Mbps speed and Bluetooth 4.0. There’s an infrared emitter at the top of the device and at the back there’s an 8 megapixel camera with LED flash, while upfront we’ve got a 1.9 MP shooter. The CPU inside this phone is a dual core Snapdragon 400 1.7 GHz unit and we also get a Li-Ion 1900 mAh battery.

S Health is not among the apps, but can be downloaded from Samsung’s store. We’ll be back with a review before you know it!