Samsung Galaxy Folder aka the SHV-E400K/SHV-E400S has been leaked before, but it seemed unbelievable that a new clamshell phone would come to be in 2013. The handset has now appeared on the web in some press images, shown below.

This dual flip phone is still an Android phone, but one that features a dua display setup with a numeric keypad and severall other physical buttons nearby. Samsung Galaxy Folder integrates a 3.7 inch AMOLED display with a 800 x 480 pixel display, a Snapdragon 400 dual core 1.7 GHz processor and 2 GB of RAM.

There’s a 1820 mAh battery inside, LTE support, a touchscreen and Android 4.2.2. The device is expected to debut on the Korean market pretty soon and I have serious doubts it will reach any other region, although it would be popular in the USA and Japan, where people adored flip phones. 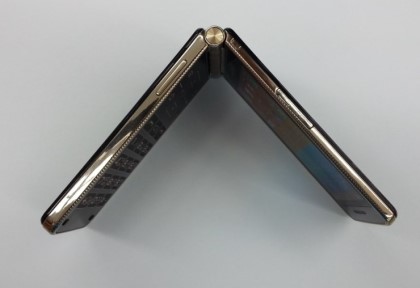 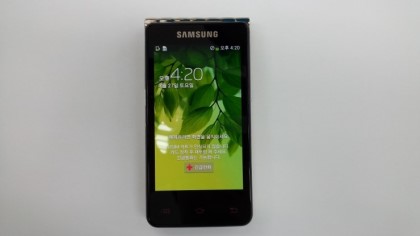