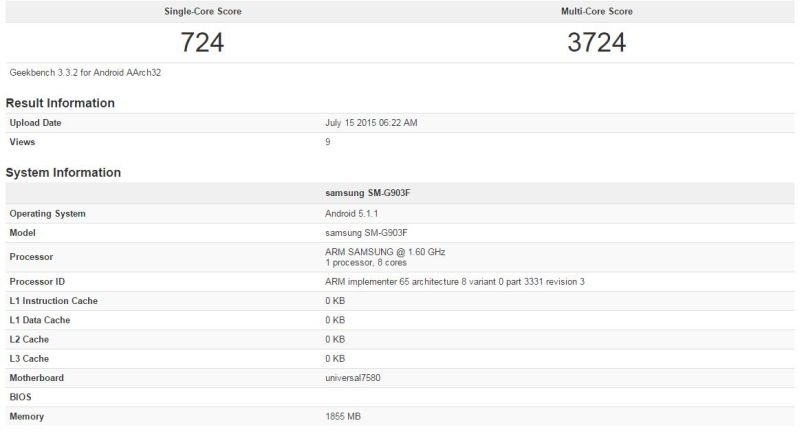 Samsung Galaxy S5 Neo has been in the rumor mill recently and now it gets a benchmark listing via a GeekBench 3 leak. The handset has been a bit overdue and it seems to be getting some good results in this test. 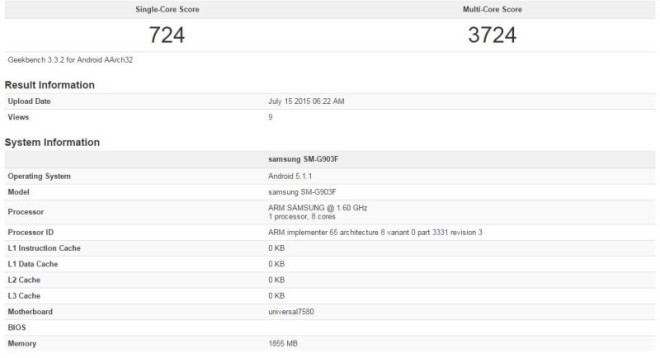 Samsung has been busy lately, supposedly preparing its Note 5 debut for next month and launching the Galaxy A8 handset. Now they’re prepping the new Neo unit, that’s represented in 2015 by the SM-G903F, aka the Galaxy S5 Neo. The Neo series debuted in 2014, with the Galaxy Note 3 Neo and S3 Neo, that we can’t really call tremendous hits, rather alternatives of former flagships.

The first rumors regarding the Galaxy S5 Neo talked about the Exynos 7580 brand new chipset on board and looking at the benchmark, they seem to be right. The chip is mentioned as an octa core 1.6 GHz unit, but the motherboard reads universal7580, a pretty clear hint of what we’re getting here. Other specs include 2 GB of RAM and Android 5.1.1, as listed by the same benchmark.