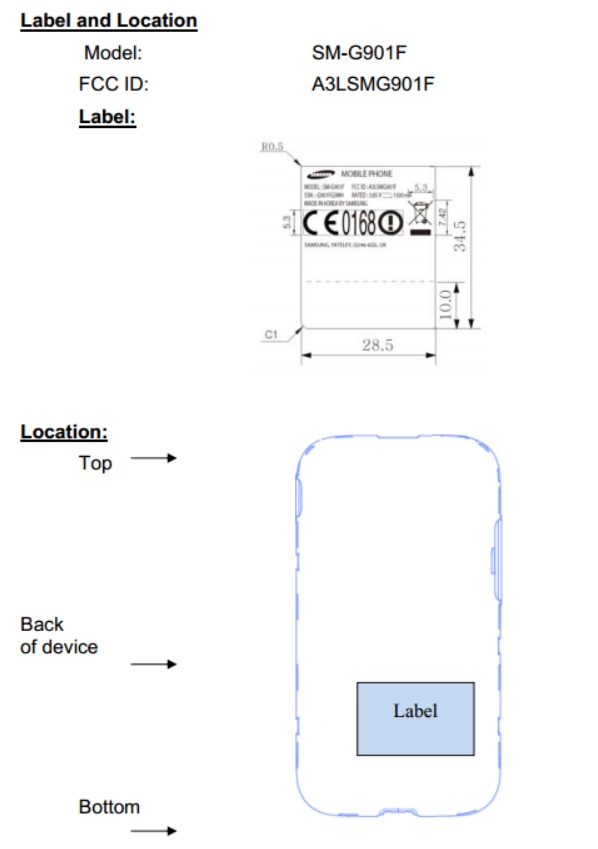 Since LG’s G3 LTE Cat 6 version is an upgraded version of the basic G3, with a Snapdragon 805, we’re expecting Samsung to release a similarly upgraded S5 any minute now. This model was apparently just leaked, with the codename SM-G901F, that just passed through the FCC.

The newcomer is certified on mobile networks in the 1900/850 MHz (II), 850 MHz (V), GSM (B2), 850 (E5) MHz, W-CDMA 1900 FDD-LTE 1900 and it also passed through the FCC with LAN and Bluetooth support. Anyway this model’s CPU has been changed to the Snapdragon 805, as we suspected and this is pretty much an obligatory feature, since that’s the CPU that supports LTE Cat 6. It allows the device to support a maximum download speed of 300 Mbps and upload of 50 Mbps.

We don’t have confirmation about the display, storage, RAM and other features of the device, but it’s clear that it’s coming to Europe at least. I expect a Quad HD screen here with the same diagonal, 3 GB of RAM, the same camera and the same storage options. Waterproofing will probably be kept as well, while the camera will be intact.