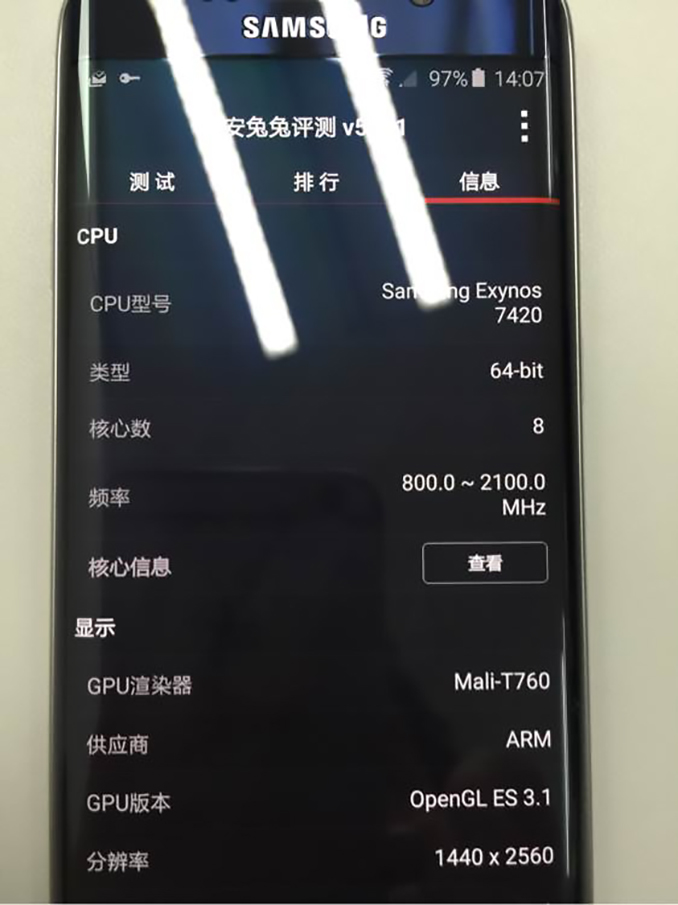 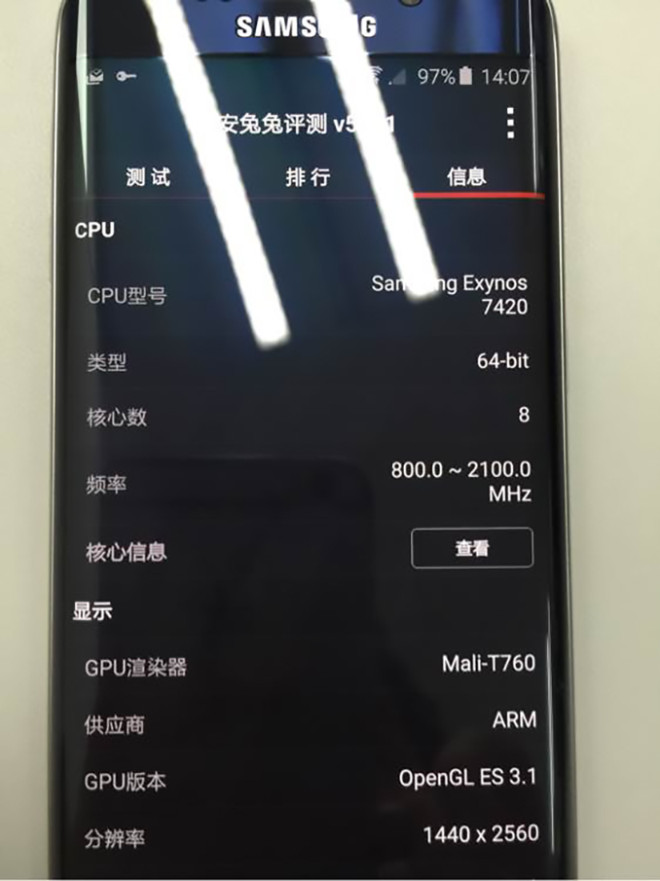 The device is expected to debut next month, together with the Galaxy Note 5 and it’s basically a bigger Galaxy S6 Edge. It has the same dual curved Super AMOLED panel with Quad HD resolution, but now with a bigger 5.7 inch diagonal. It appears the only major upgrade, aside from the diagonal is the front 8 megapixel camera, instead of the 5 MP shooter of the original model.

Inside we find an Exynos 7420 processor, the powerful beast that topped all mobile CPUs in the first half of 2015. We’ll also be getting a 16 megapixel back camera, a 3700 mAh battery and 32 GB of storage. I can’t really figure out what the selling point is for this model, considering the Galaxy S6 Edge is already appealing as it is. 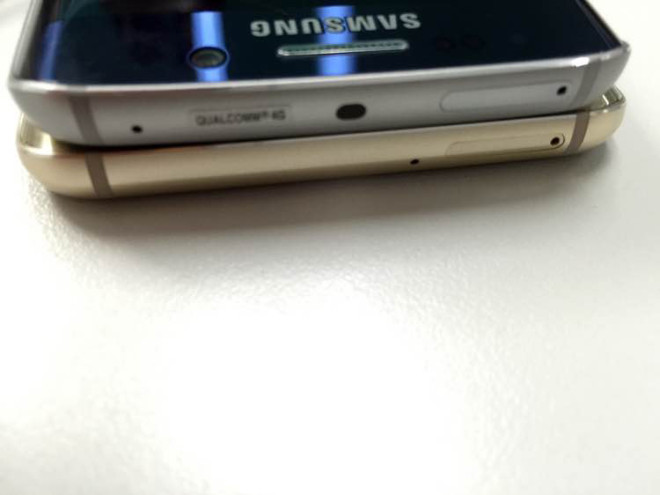