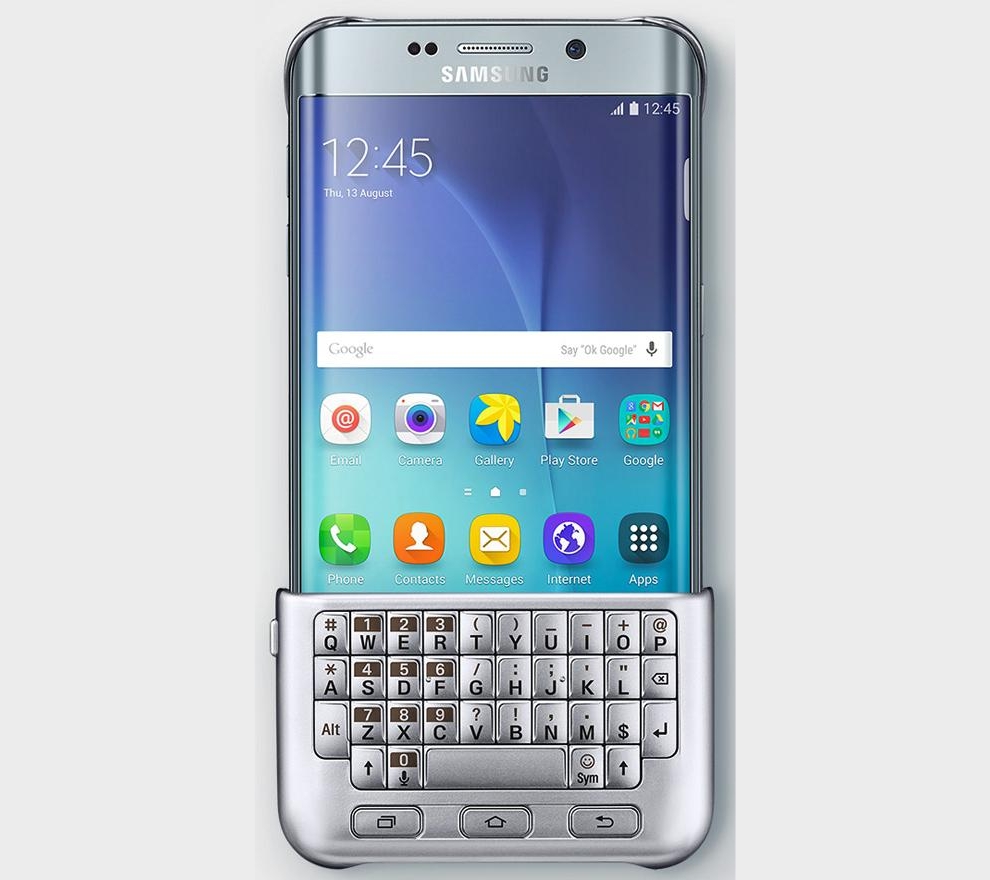 The usual leakster @evleaks has just posted on Twitter a new interesting picture related to the Samsung Galaxy S6 Edge Plus. It seems to show a special accessory for the device, a QWERTY keyboard cover with physical buttons. 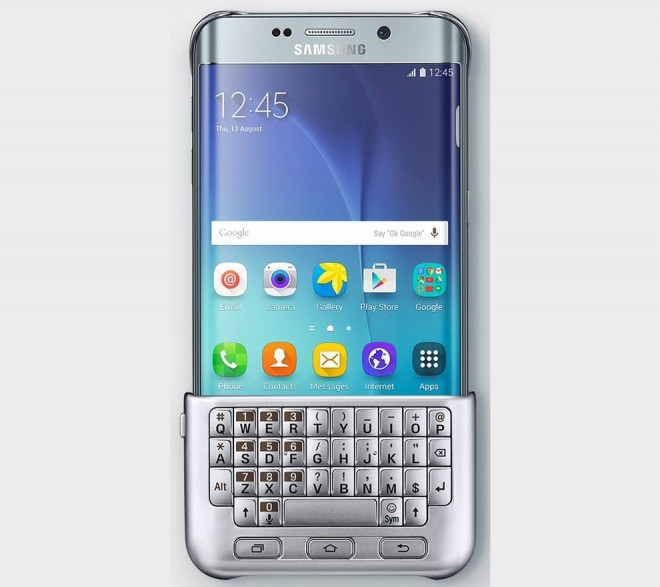 The accessory is attached to the bottom third of the device and feels a bit like the plastic shell applied on the front of the LG AKA. This one doesn’t give the handset eyes, but rather 4 rows of buttons, including one with a small space button. And then at the bottom we also find physical versions of the Android buttons, replacing the virtual ones.

This picture looks legit and I guess it’s the start of a new accessory line, that may or may not included a gaming cover, photo cover and who knows what else. I ;m guessing this is connected via some sorts of magnets or maybe via the microUSB port, but we’ll learn more on August 13 when the handset debuts.