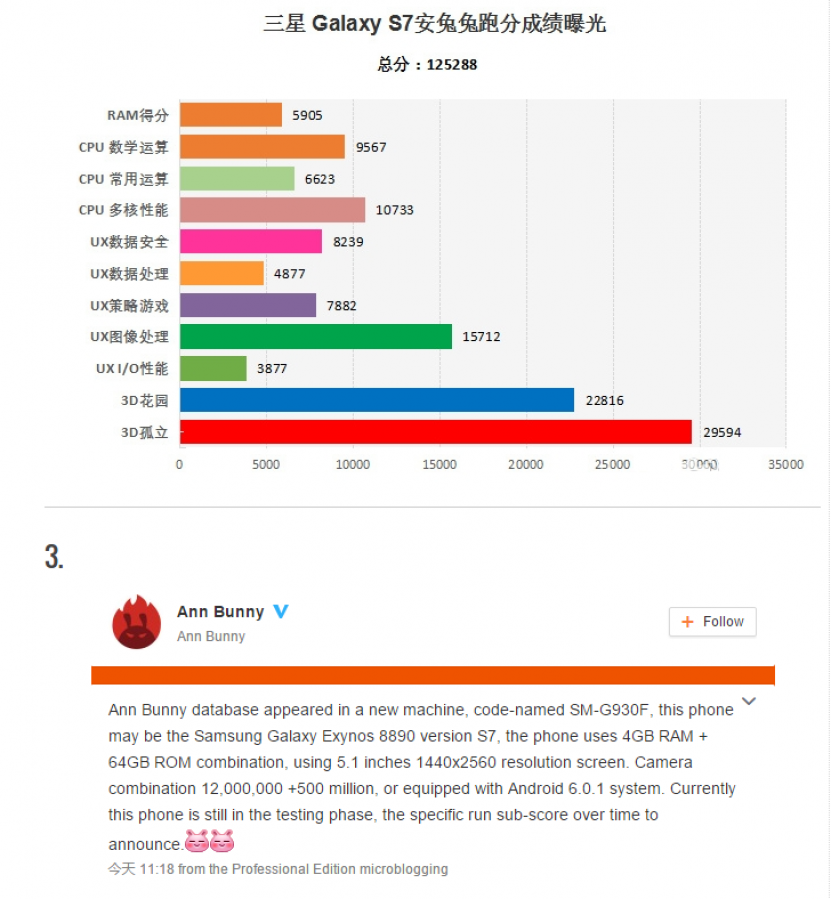 Samsung Galaxy S7 is three days from being unveiled at MWC 2016, on Sunday and today it has popped up in the AnTuTu benchmark, where it has scored 125.000 points, surpassing the Exynos version by quite a margin. 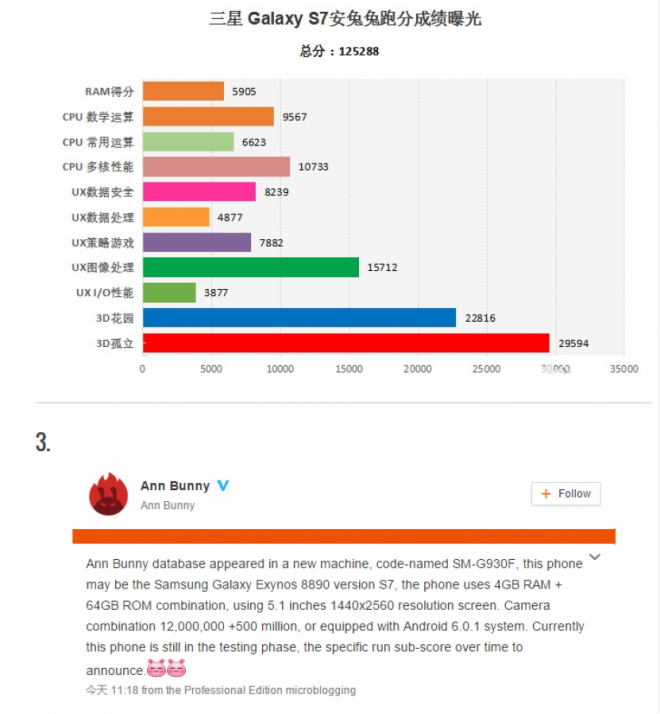 As you know, the Samsung flagship smartphone will come with either a Snapdragon or Exynos CPU, depending on the region of the world where you get it. Published on Weibo, the AnTuTu results show a score of 125.000 points for the Snapdragon 820 Galaxy S7 and 105.000 for the Exynos 8890 version. That makes the Snapdragon model better performing than the Exynos one, in spite of the fact that the Exynos GPU sounds mighty powerful. 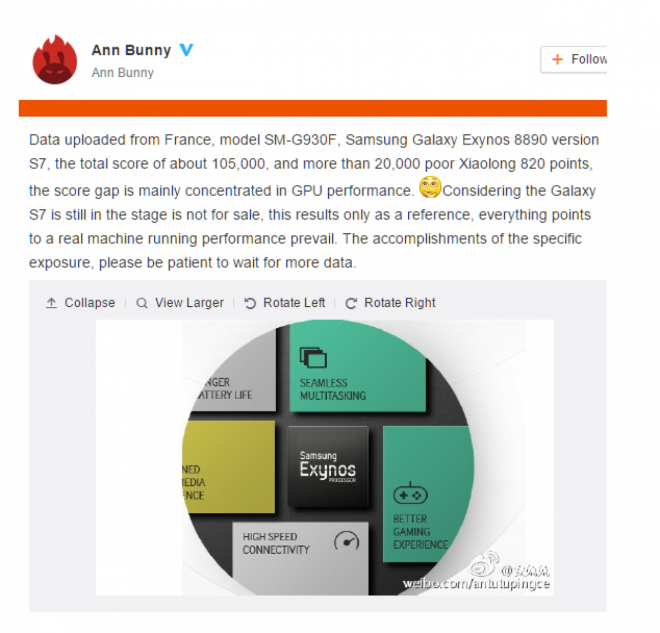 It’s the Mali T880 MP2 with 12 cores, going against the Adreno 530, so gamers will have a lot to be happy about. In the meantime you shouldn’t get too excited about these scores, because even the Apple A9 from last year was able to achieve 123k points in the same AnTuTu test, so imagine what the Apple A10 will do. Of course, these are merely Samsung prototypes being tested, so the finalized models will be much more powerful.