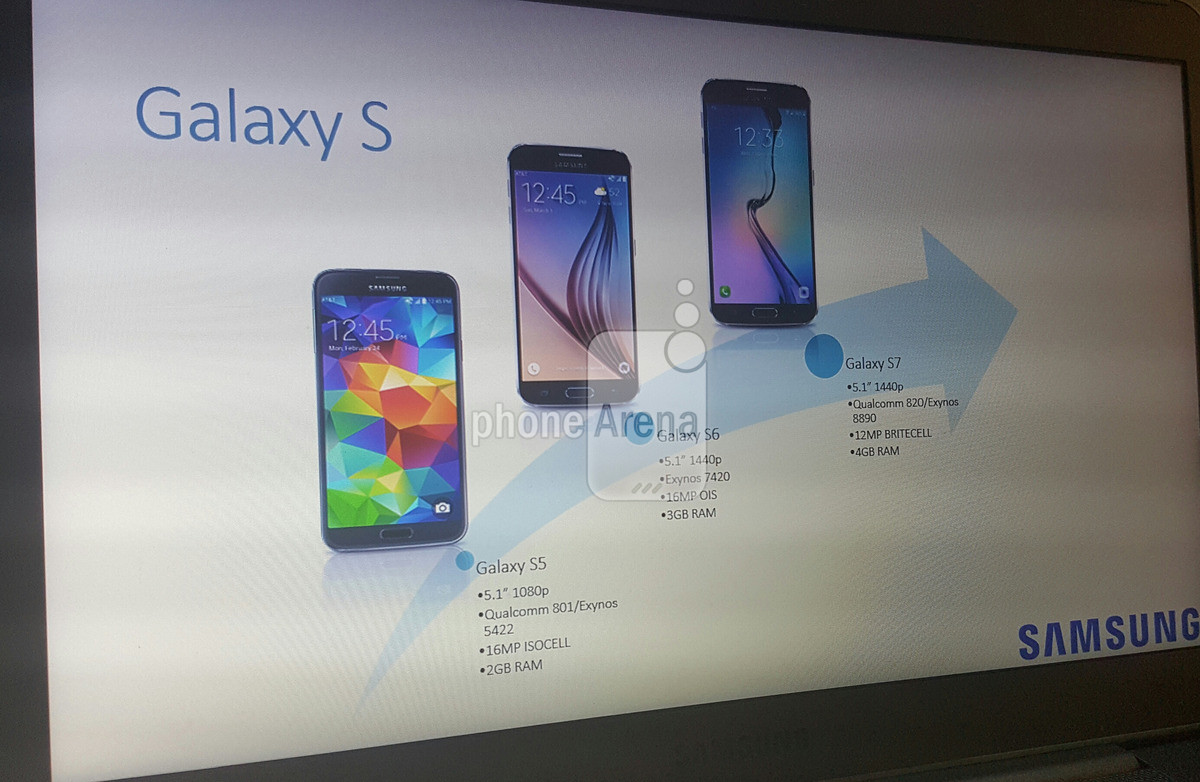 It would appear that a new leak related to the Samsung Galaxy S7 is here, this time in seemingly official capacity. What you see below is supposed to be a slide from an internal presentation that Samsung must’ve held for its employees and officials. 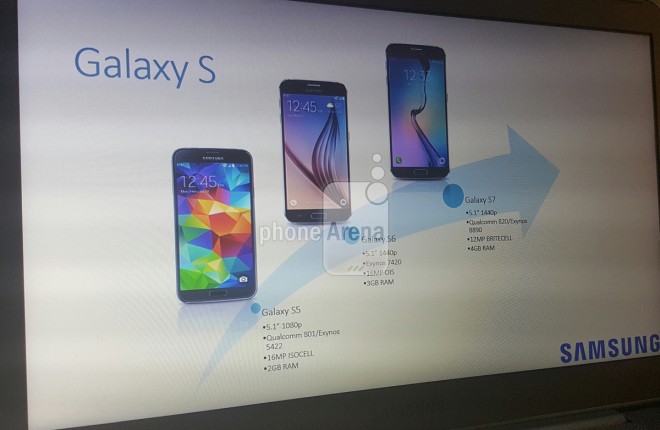 The slide shows the evolution of the Galaxy S models, ever since the Galaxy S5 and we take it with a grain of salt, particularly since the image is so clear and not at all blurry. We see the Galaxy S7 at the top of the food chain, with a reconfirmed 5.1 inch Quad HD Screen, a Snapdragon 820 or Exynos 8890 CPU and 4 GB of RAM. This pretty much confirms what we learned from previous benchmark leaks.

There’s also a 12 megapixel main camera in the mix, with BRITECELL technology and you shouldn’t read too much into the phone’s render, since it’s probably a placeholder. Still, it seems to have sharper corners, narrower bezels and it seems a bit narrower compared to the Galaxy S6. We’ll learn more in a bit over 3 weeks from now, at MWC 2016 in Barcelona.