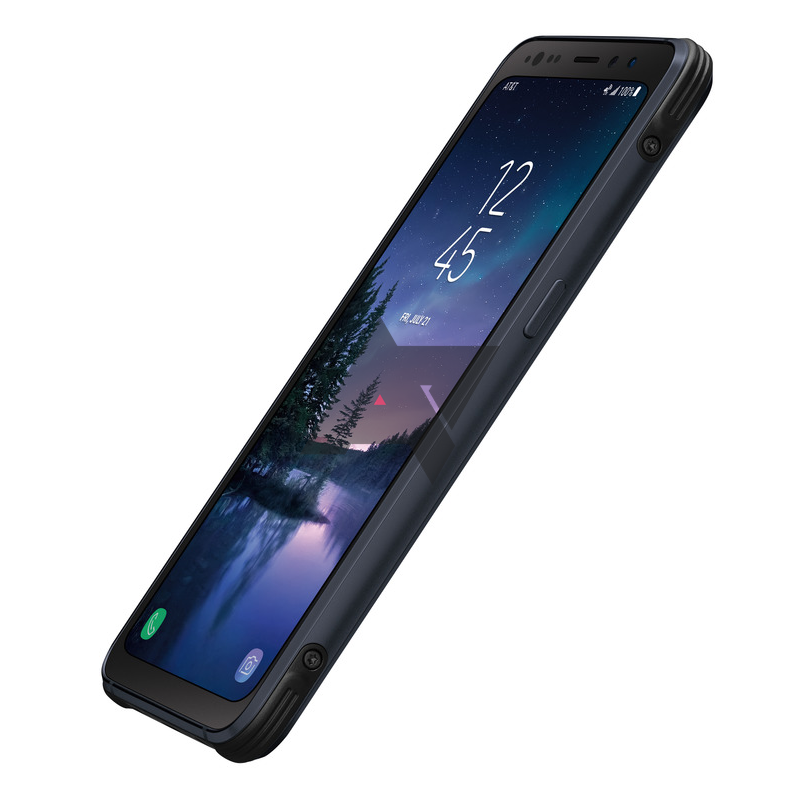 Samsung Galaxy S8 Active has already leaked a bunch of times, including in renders, hands on pictures and specs, but today it gets training manuals leaked online. These are the sort of manuals used for employees of retailers and carriers in order to instruct them ahead of the device’s launch. 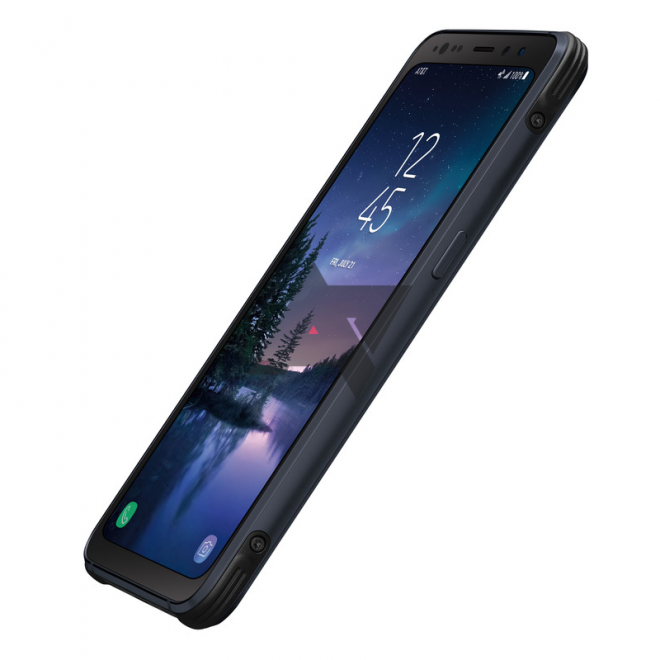 As you probably know already, this will be an AT&T exclusive and while we don’t have a launch date, we guess it should happen over the next two weeks. The S8 Active is basically the Samsung Galaxy S8 in a more rugged version. It gets a tougher case, with a bigger metal frame and a less curved screen to the sides. It’s obviously thicker, a bit heavier and ready to withstand drops, extreme heat, water, humidity radiation and shocks. 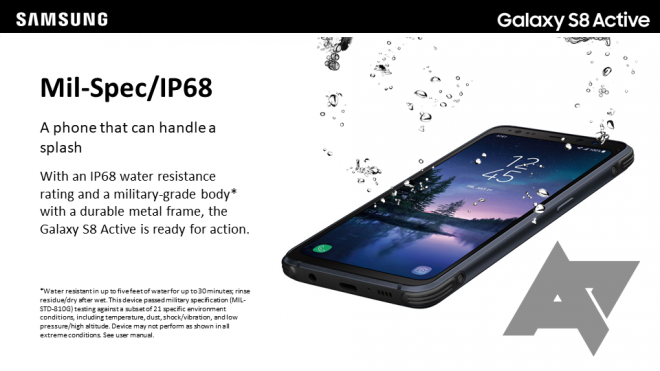 It’s military and IP68 certified and it keeps most of the specs of the Galaxy S8, from the 5.8 inch Super AMOLED screen to the Snapdragon 835 CPU, 12 MP main camera and 4 GB of RAM. The battery gets a bump up from 3000 mAh to 4000 mAh and OS is Android 7.0 Nougat, even though we were expecting Android 7.1 here to be honest. A Bixby button has also been included on the side, to trigger the virtual assistant that finally got activated recently.

We don’t have a price or availability for this model, but it should come soon enough to be used in the pools during the month of August. The price will be hefty, I expect. Looking forward to seeing this device getting a bend, drop and dunk test. 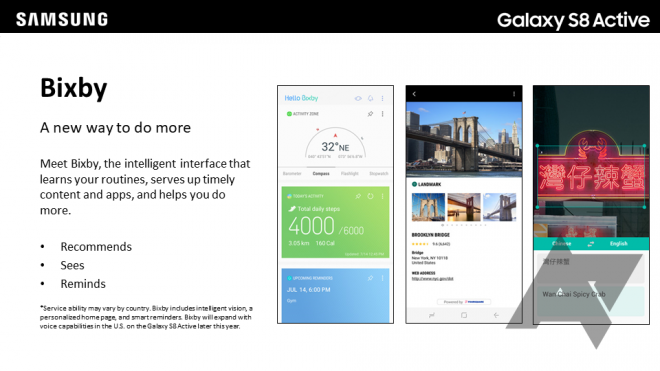 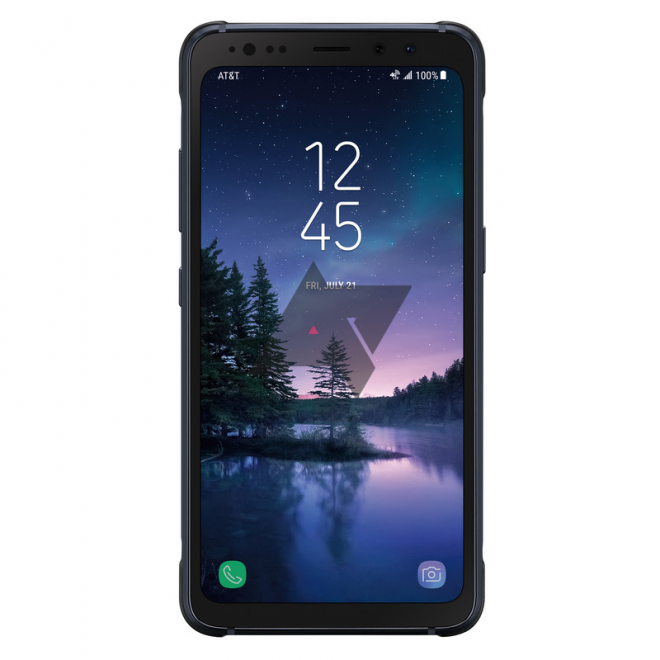 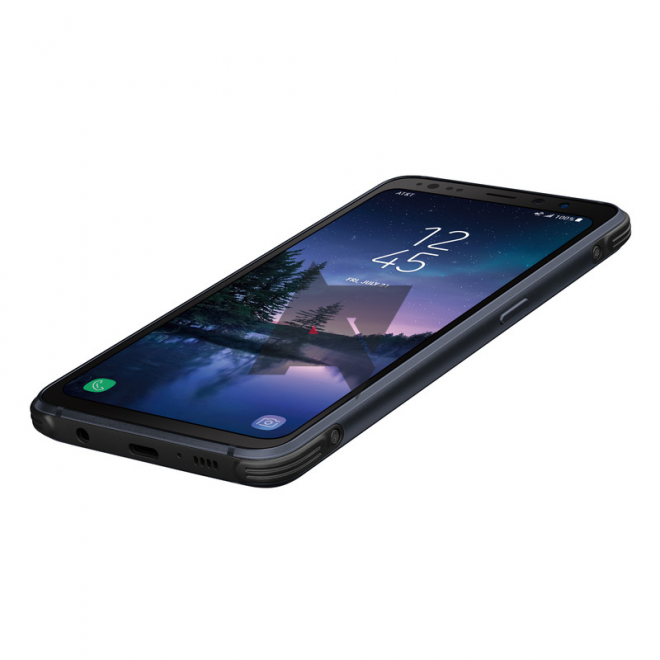