We’ve seen a Samsung Galaxy S III concept, even the Nexus III received a mockup and now a flexible Galaxy model follows. I’m talking about the Samsung Galaxy Skin, created by Heyon You and pictured below. This model features a flexible AMOLED display and a specialized Android interface called Android Flexi. 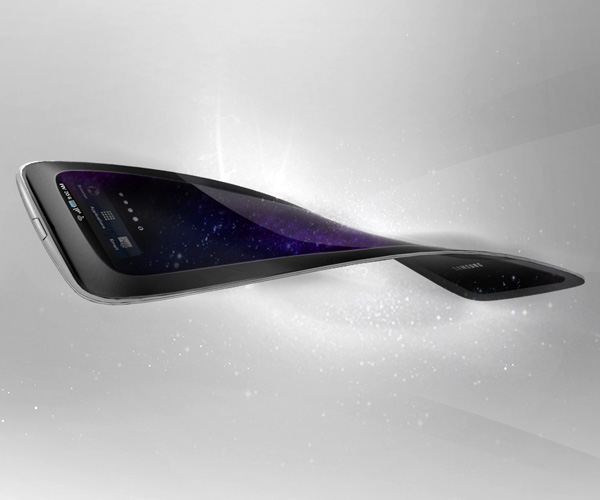 The body of the device uses an Electro Activity Polymer that causes the handset to transforms by sending electronic signals. What’s really cool is that this flexible display phone also comes with a projector, a 4 inch display (800 x 480 pixels), an accelerometer and an 8 megapixel camera with autofocus.

Up to 32GB of internal storage are available, as well as a 1500 mAh battery and WiFi plus 4G connectivity. The device measures a mere 8mm in thickness, even beating the Samsung Galaxy S II. Would you buy such an incredible handset? For what price? 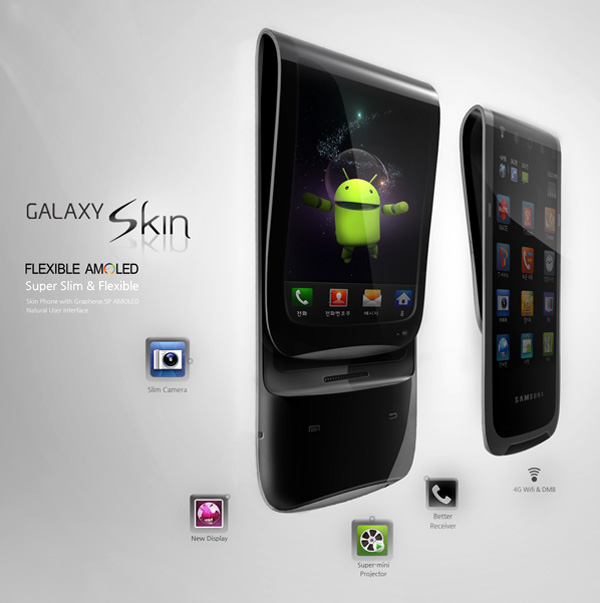 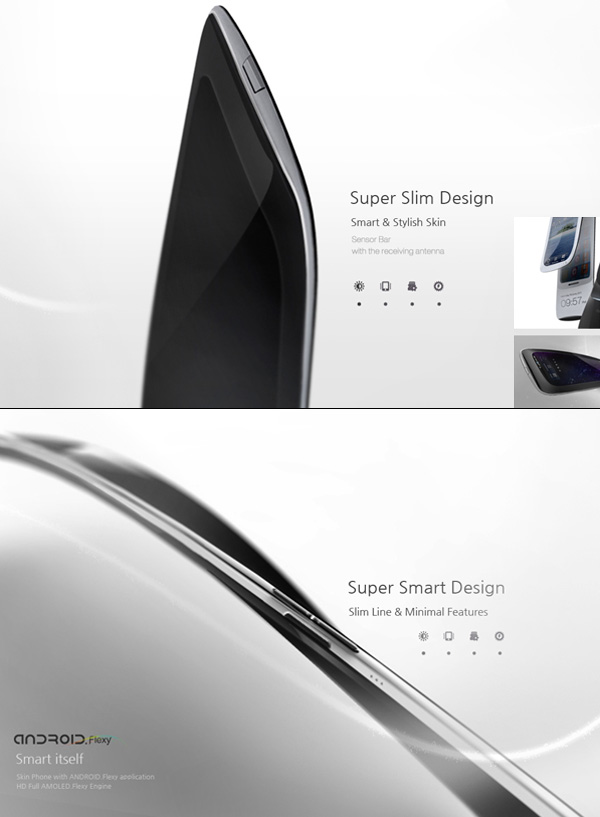