We’ve got two fresh Samsung handsets to discuss over the following lines. One of them is the Samsung Galaxy Star Duos, pictured below and available right now and the other is a leaked Tizen-based model. 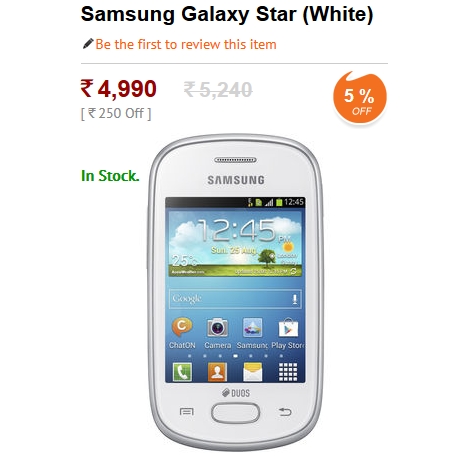 Samsung previously promised to release Tizen handsets this year, sometime in Q3. The newcomer with this platform is called Samsung Redwood GT-I8805 at least tentatively. The leak comes from an UA profile, that mentions a HD display and LTE connectivity, associated to the device. No idea what the model looks like, but a slight resemblance to Bada handsets is possible.

By the way, you should know that the likes of Fujitsu and NEC are also preparing Tizen OS phones. As far as the Galaxy Star Duos goes, this is a very cheap phone, that debuted in India via retailer Infibeam with a price tag of only $90. For this amount of money you get dual SIM, Android 4.1, a 3 inch QVGA display, WiFi, FM radio and 2 MP camera, as well as 1 GHz single core CPU and 512 MB of RAM.