After a bunch of leaked hands on shots of the Huawei Ascend P6, supposed to be one of the thinnest phones out there, we now get to see an official looking render of the device, shown below. The phone could be announced on June 18th in London, according to a Huawei official who deleted his post regarding that debut. 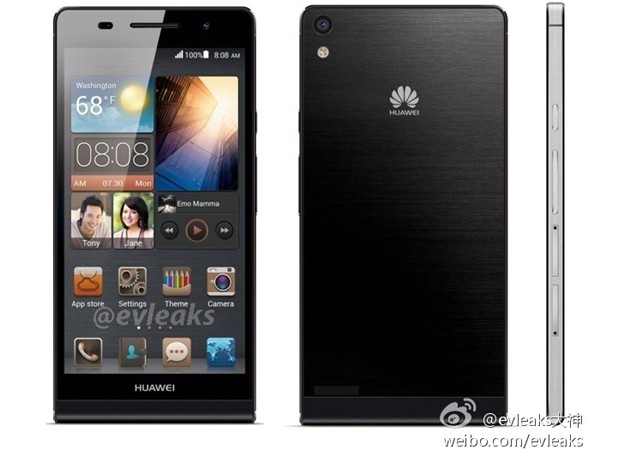 The Ascend P6 is expected to pack a 4.7 inch HD display, 2 GB of RAM and a quad core 1.5 GHz Huawei K3V2 processor. It will run Android 4.x Jelly Bean and it will have the Emotion UI applied on top of Android. Initially there was talk about a chassis that’s only 6.1 mm thick, then last week we found out it was going to be 6.3 mm in thickness and now 6.2 mm.

The resemblance with the iPhone is pretty big, if you ask me, especially on the sides and the back. Huawei Ascend P6 uses a metal case and it’s not yet clear what kind of cameras it will feature and although I’m expecting an 8 megapixel shooter at the back, various rumored mentioned a 5 MP sensor.