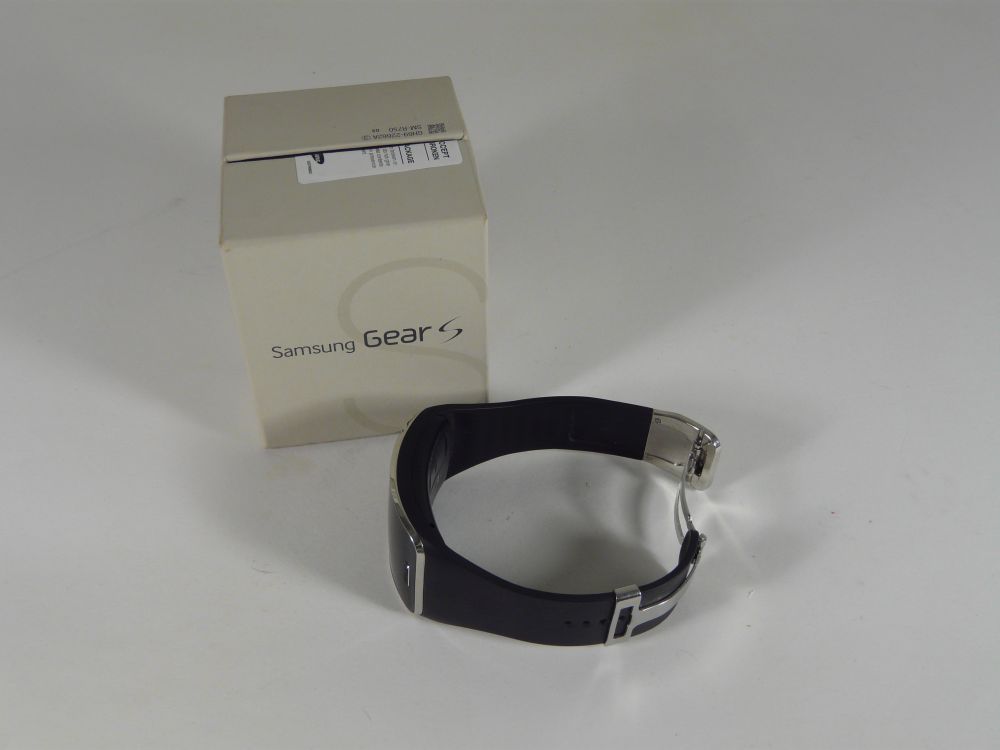 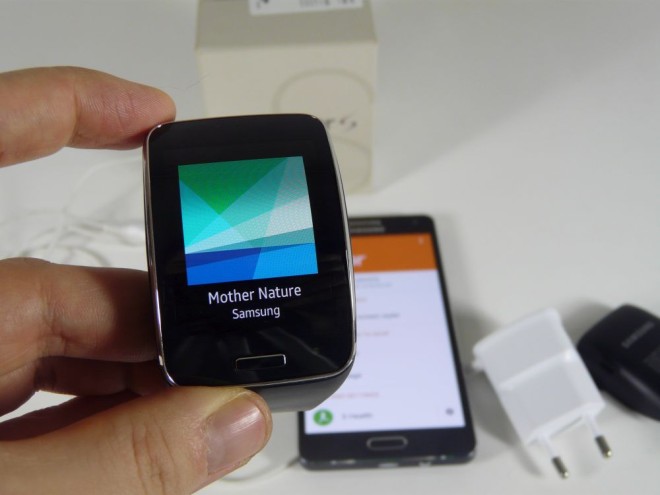 Samsung Gear S debuted late last year and comes with a nano SIM card slot, that guarantees it can be used independently from a phone, getting phone calls, texts and 3G connectivity. The product is priced at $350 and measures 12.5 mm in thickness. It packs a 2 inch curved Super AMOLED display with a 360 x 480 pixel resolution and inside the box we find a charging cradle (that hold an extra 350 mAh battery), a charger and manuals.

The Gear S has a plastic body and we also got some colourful straps to change the look of the gadget if we wanted. Inside the smartwatch there’s a dual core processor, a Snapdragon 400 clocked at 1 GHz. We’ve also got 512 MB of RAM, 4 GB of storage and a 300 mAh battery. Samsung Gear S also comes with an accelerometer, gyroscope, its own speaker, a compass, heart rate sensor, ambient light sensor and UV sensor. 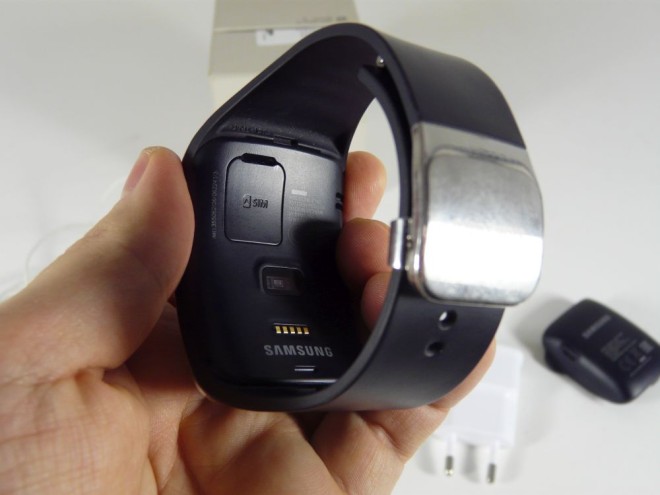 We’ve got a barometer on it, WiFi, Bluetooth 4.1, AGPS and microUSB 2.0 connectivity. The OS is Tizen and there’s a singular physical button upfront, serving as the Home and On/Off button. This model is dust and water resistant and activating it is as easy as pulling out the watch from the box, firing it up and downloading the Gear Manager app on the Galaxy A5.

The app can be found in the Galaxy Apps store. Then the two models sync via Bluetooth, a bunch of software installs go on and then we can customize the wallpaper of the smartwatch from the phone, tweak settings, sync content and S Health data and more. The Gear S has its own preinstalled apps, but more about that in the full review coming in a few days.