We’ve just found out that the Bluetooth SIG group has leaked the specs and official name of Samsung Giorgio Armani 2. This handset will be known as Samsung B7620 and it’ll pack an 800MHz CPU. 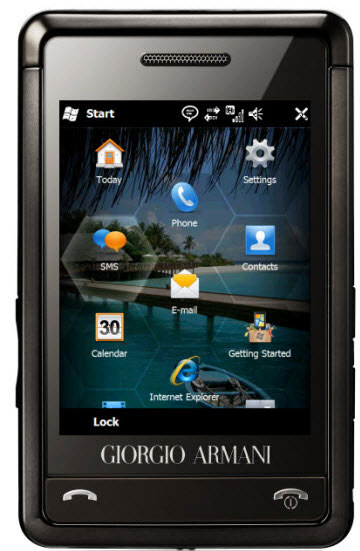 Samsung Giorgio Armani 2 Runs Windows Mobile 6.1 Professional and uses the same 800MHz processor that we saw on Samsung Jet. There’s also Stereo FM radio on board, with RDS, WiFi, A-GPS and Bluetooth. A business card scanner is also on the specs list, plus Pocket Office, a video editor and all sorts of audio and video codecs.

It’s possible that Giorgio Armani 2 will get a Windows Mobile 6.5 upgrade and a graphics chip might also be on board, but more on this once the official press release is out.