Samsung may have recently launched two interesting devices, Galaxy Music and Galaxy S III Mini, but it’s not done here. Now we’ve just spotted the name of a newcomer, the Samsung GT-B9150, that was found on some Japanese websites. The sources detail an Android 4.1.1 device that relies on a new generation of CPU. 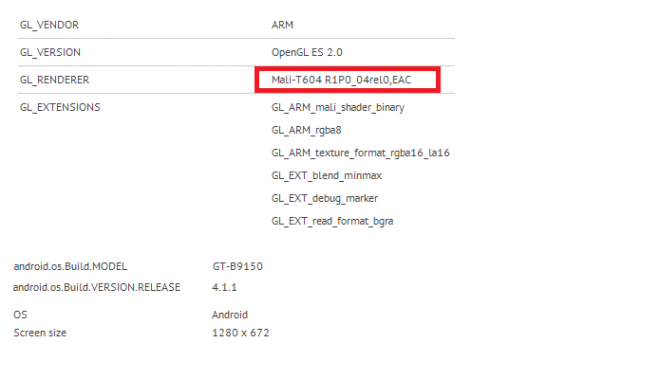 The processor used here is the dual core Exynos 5250 1.7 GHz unit and the handset is supposed to support WiFi and a HD resolution. The “B” particle of its name indicates that this is a QWERTY device, a format that most Android phone makers haven’t used that much lately. Could this be the rumored Samsung Galaxy Q? Or some sort of new mini tablet?

There’s also a speculation that this could be a Chromebook of sorts, but I can’t see that happening. The Exynos 5250 CPU in a 2 GHz version was originally supposed to debut on the Galaxy Note II, but it may be kept for the Galaxy S IV, in a superior version, maybe Exynos 5450. Well, at least we’ll get that cool Mali T604 GPU, for ubercool gaming.