We’ve heard almost all there is to know about the Samsung Nexus S, also dubbed the GT-i9020, so we’re left to wonder what the mysterious GT-i9200 model is all about. Since the i9000 is the Samsung Galaxy S, this could be its follow-up, although this isn’t the only one, according to Eldar Murtazin, who claims that there’s also a i9100 model out there. 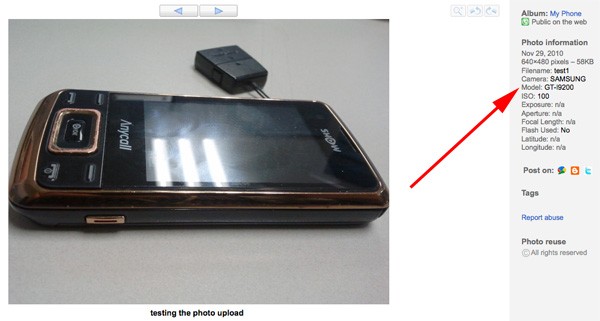 Meanwhile, we come across this Picasa camera sample (above) of the GT-i9200, that’s not very revealing, as far as the camera performance of the smartphone is concerned. We expect to see this Galaxy S successor at CES or MWC next year, so there’s no chance of getting it for Christmas right now. Won’t Samsung cannibalize its own devices with so many Galaxy models?