It’s no surprise that the iPhone is outselling Nokia N8 in Europe, mostly because the Finns’ handset has only been around for a month or so, while the iPhone was a hot item all year. Morgan Stanley analyst Patrick Standaert has found an investment note proving these statistics. Apparently, 150 phone stores in 5 European countries show a six to one selling ratio for the iPhone versus Nokia N8. 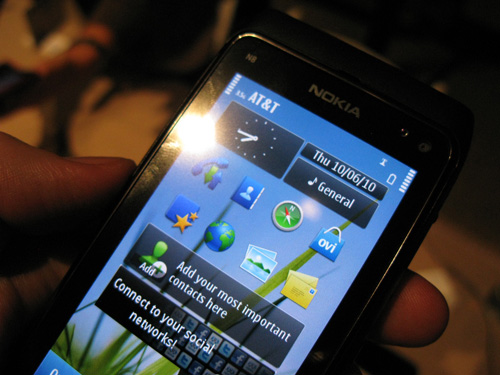 However, customers seem pretty happy with their N8 units, except for the lack of many apps in Ovi Store they keep mentioning, mostly as a comparison term with the App Store. The study quoted by Morgan Stanley predicts that Nokia will sell around 2.5 million N8s this fall and up to 9 million in 2011, if all goes well.

This will help Nokia keep its 35% total market share, down from the current 36.6%, as Gartner claims. Right now, the Finns have 400,000 registered developers on their side and 3 million app downloads per day, so their community is solid and more apps should be coming soon. What the company lacks is a flagship device to beat the iPhone. N9 anyone?