The Samsung SM-W750V handset is a yet unannounced device, that’s codenamed Huron and it has just been confirmed by the FCC. The device previously leaked in an image published by @evleaks and it comes with support for Verizon’s LTE bands (4 and 13). 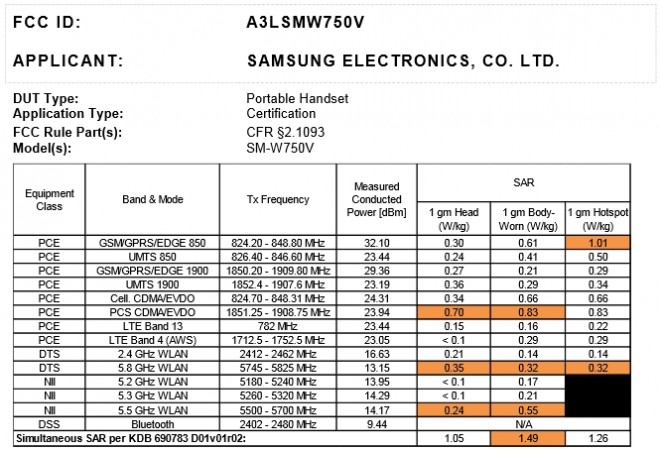 This means the largest US mobile carrier might launch the phone sometime soon. The product comes with NFC, Bluetooth, dual band WiFi and global 3G connectivity and the design reminds us very much of the Galaxy S4. The SM-W750V is expected to feature a 5 inch display with Full HD resolution, a 13 megapixel rear camera, a quad core Snapdragon CPU and 2 GB of RAM.

Right now Verizon doesn’t have an impressive Windows Phone lineup, with only the Nokia Lumia 928 being close to the idea of a high end model. This means that the new Samsung SM-W750V Huron could be well received by Windows Phone fans, who are also Verizon customers.