Samsung i8920 Omnia HD2 hasn’t even been announced yet, but it has just surfaced on the web, courtesy of a leak. This is an extremely hot and well specced device, running Nokia’s new Symbian^3 OS. The i8920 is an upgraded i8910 Omnia HD. 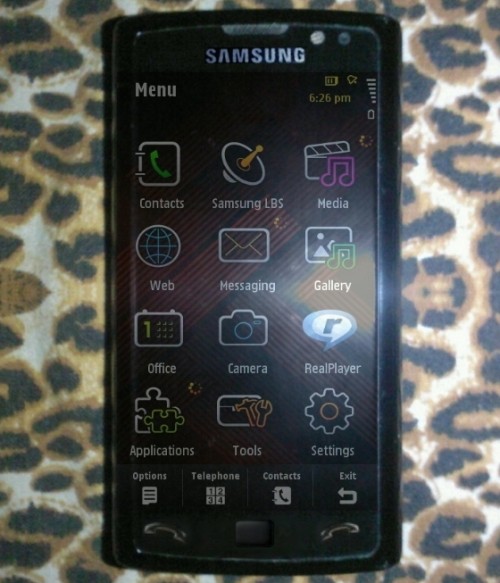 Its features include a 4 inch Super AMOLED display, WiFi b/g/n, Bluetooth 3.0, a 12 megapixel autofocus camera with Xenon and LED flash, plus HD video recording (720p) at 30 fps. 16/32GB of internal memory are also on board, while the resolution of the handset’s screen hasn’t yet been confirmed, but it’s rumoured to be 640 x 360 pixels.

Omnia HD2 is supposedly pictured above, but this could be a fake, as the left screen side looks bizarre.