In January at CES there was an interesting Samsung 4G handset showcased, the Lightray 4G, that should be available on MetroPCS soon enough. The device is now complete with a TV antenna and when it was showcased it featured Dyle Mobile TV. 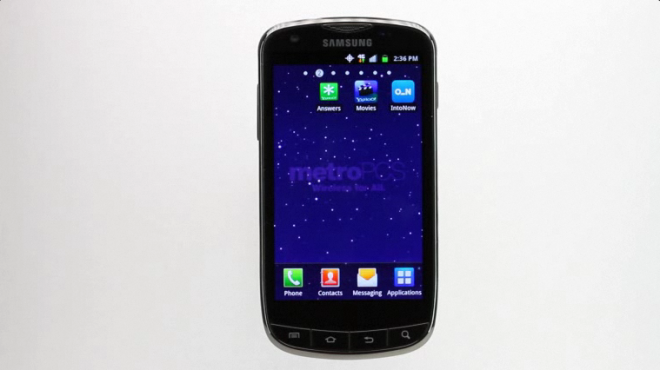 Samsung Lightray 4G is similar to the Droid Charge in design, but what it does differently is receive OTA broadcasts without using data. That’s achieved thanks to that good old TV antenna and there’s also an Android app that helps it work. Dyle TV partnered with the likes of ABC, CBS, FOX, NBC and more companies, but it will also offer local programming via “a full scan of channels, available over the air”. The specs of the phone include a 4.3 inch Super AMOLED display, an 8 megapixel camera and HDMI out.

The battery is a 1,550 mAh unit, so it should be good enough for you to watch a few TV shows on the handset. The device also has AllShare support, Rhapsody Unlimited Music and it will be bundled with a 16 GB microSD card, if I understood correctly. 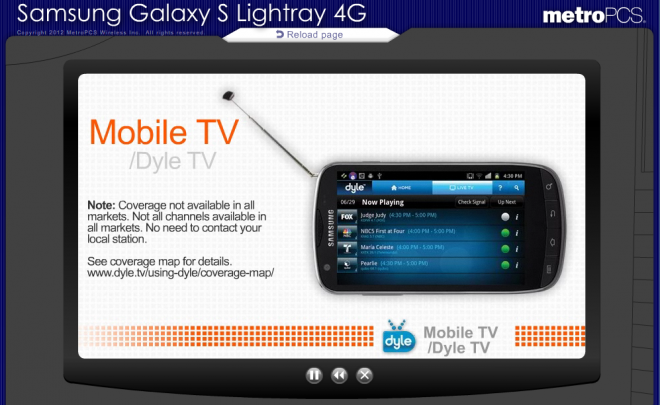