Samsung has a made a habit out of releasing 8 MP cameraphones lately and here’s the Loches (S8300) model to prove this trend right. The leaked handset is a 12.8 mm thick slider that packs a 2.8 inch OLED touchscreen display with WQVGA resolution and 16 million colours. 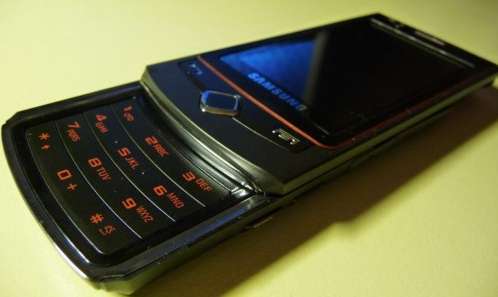 Expect this phone to get launched at Mobile World Congress 2009 in Barcelona, next month.