Although this product was revealed back in March, the Samsung MBP200 micro-projector has just become available in Europe, Germany to be more precise, in spite of being scheduled for a May launch. 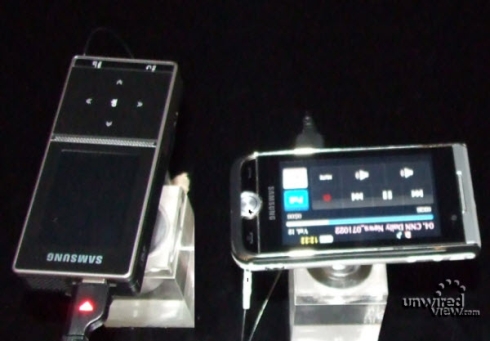 MBP200 measures 110 x 49 x 19mm and it’s a mobile projector that supports image projections of 480 x 320 pixels and incorporates a 2.2 inch QVGA display, an audio and video player and a 3.5mm headset jack. There’s also a touch sensitive keypad on board, an image viewer and a microSD slot (16GB cards max).

The device costs around $700 in Germany.