Although we knew almost all there is to know about the Samsung Omnia devices, the handset maker went out and made a couple of announcements, regarding its newest smartphone. Thus, we learn that the Omnia Pro B7330 model is now official and that Windows Mobile 6.5 should be reaching the Omnia series. 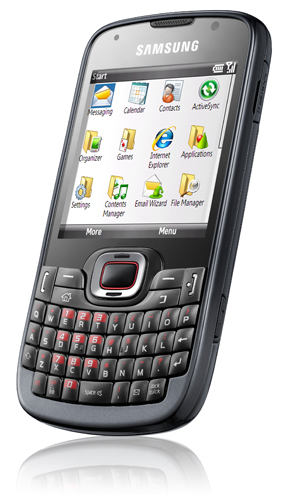 Also, Samsung has just announced 5 Windows Mobile smartphones we already know, but they’re rebranded and up for a relaunch campaign. Back to the Omnia Pro B7330, this handset is the follow-up to the B7320 model, with a square display (320 x 320 pixels display), replacing the original QVGA screen.