Windows XP on mobile phones seemed like a thing from the future just months ago, but here we are now, checking out a handset that’s really capable to run Microsoft’s popular OS. Dubbed the ITX xpPhone, this device packs a 4.8 inch touchscreen display, GPS and specs that reminds us of a notebook rather than a phone. 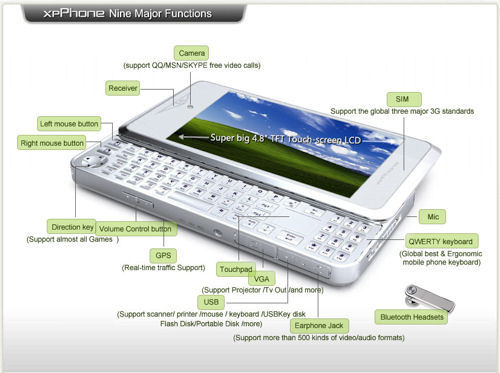 Windows XP runs in its full version on the handset, that’ll make its way on the market through Orange, Vodafone and AT&T, via pre-order. The device was first showcased at Computex and it has come a long way since the prototype, packing tons of impressive specs. There’s an AMD Super Mobile CPU on board, running the show, coupled with 512MB/1GB of memory and the option of using a SSD (8GB/16GB/32GB/64GB) or a HDD (30GB/60GB/80GB/120GB). 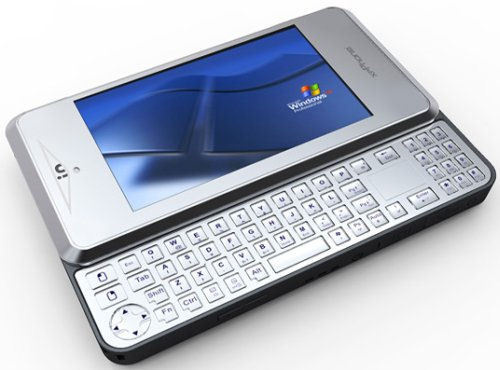 The display supports a 800 x 480 pixels resolution and as far as connectivity is concerned, you get GSM/GPRS/EDGE/WCDMA (HSDPA/HSUPA), plus CDMA/CDMA2000 1X/CDMA1x EVDO, TD-SCDMA and TD-HSPA. WiFi and Bluetooth are also supported and the features list also mentions an earphone jack, a microphone jack, a USB 2.0 port and a docking connector (VGA output signal included).

The battery on board provides 5 hours of talk time and 5 days of standby. All of these features are packed within a 400 grams package, that promises to be the ideal companion, as we start ditching netbooks and phones for such hybrids.