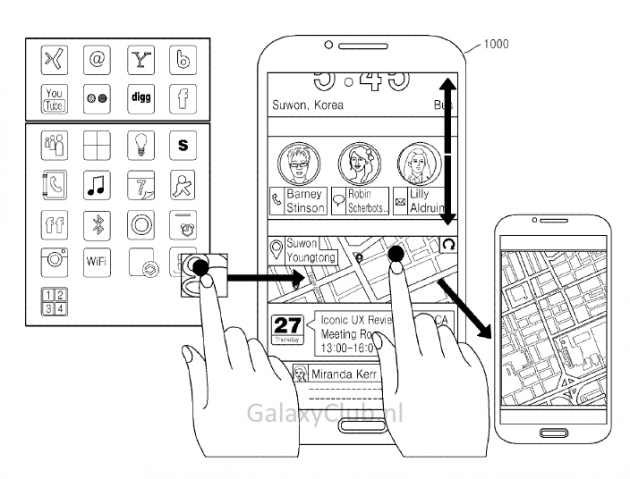 Samsung may be getting ready to replace the TouchWiz UI with something new, in view of the Android L arrival. A recently published patent from South Korea stands proof to this new approach, as we’re introduced to something called Iconic UX.

Samsung’s TouchWiz hasn’t been getting much love recently or ever, being one of the slowest and least appreciated interfaces on the Android market. It’s certainly behind the minimalistic and well designed HTC Sense, ASUS Zen UI or even the latest LG UI. Well, now thanks to the Iconic UX things may change and this interface actually reminds me of the @evleaks leak from earlier this year, before the Galaxy S5 was launched.

The illustrations show a completely redone paradigm, that focuses on verticality. It also relies on widgets and a tile-shaped menu division. There’s a more flat styling and everything tends to be turned into M y Magazine, judging by these images. The vertical scroll is key here and the UI is very clean and well spaced. If this is real, it will probably debut on the Galaxy S6 next year, together with Android L. 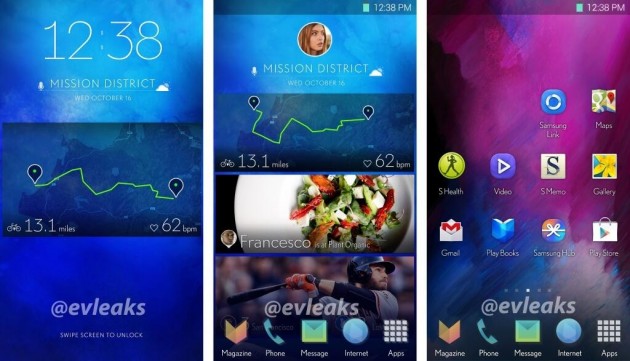