Every big company is getting ready for the Mobile World Congress 2009 edition and Samsung makes no exception, preparing two hot Windows Mobile smartphones for the event. The first is Louve (or Louvre, depending on your sources) and the other one is Pivot. 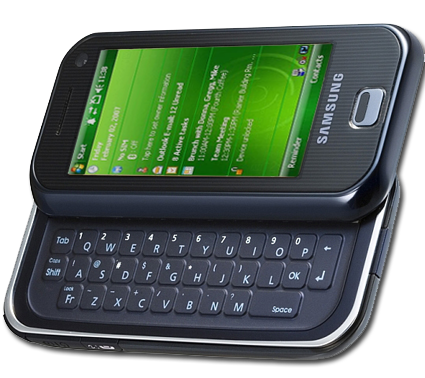 Samsung Louvre features a sliding mechanism that reminds me of HTC Tytn II (screen tilts when it slides out) and it uses Windows Mobile 6.1. Its specs list also includes a 3.2 megapixel camera and a widget screen that’s very similar to the one on Omnia.

Pivot is a bit more interesting, as it comes with a QWERTY keyboard, Windows Mobile 6.5, a 5 megapixel camera with flash and aGPS. Many consider it the successor to Samsung i780… Sadly, there’s no release date and no pics were made available for the devices, but what we do know is that they’ll hit the market in early 2009.