Verizon Wireless inside sources have recently let the cat out of the bag, announcing the release date for Samsung Reality: April 22nd. This is not a smartphone, but still a pretty cool device, specially if you’re into QWERTY sliders, messaging features and social networking. 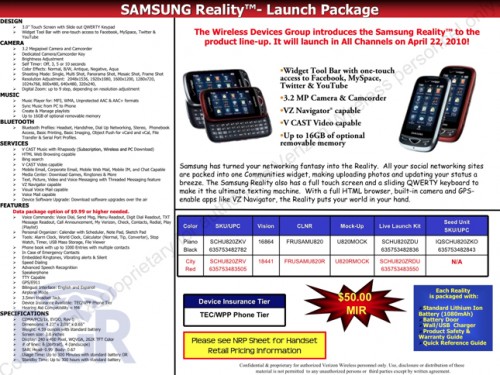 The handset’s price is unknown for now, but it won’t surpass the $100 most likely, with a contract of $9.99 per month (data plan).