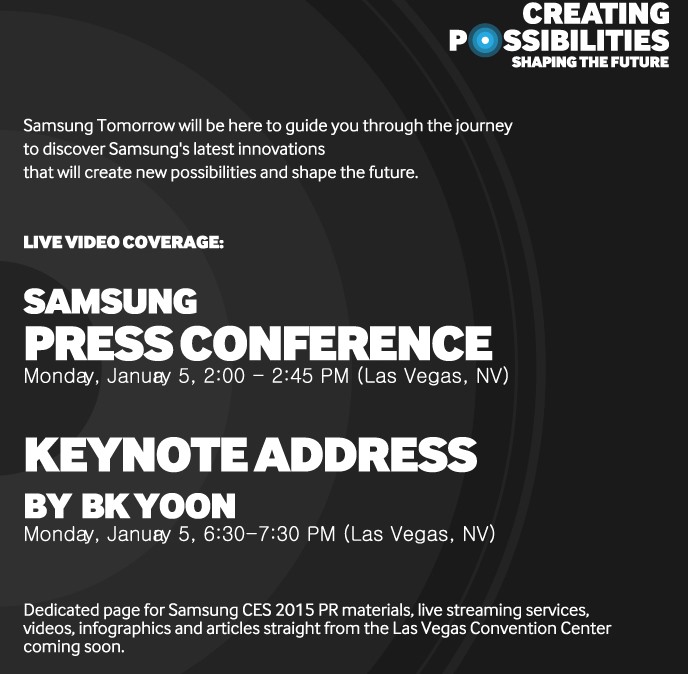 If you remember, a while ago, more precisely in September, we had the IFA 2014 show that took place in Berlin, location where a lot of producers unveiled pretty interesting devices and gadgets. Now, in less than a month, the biggest companies out there are getting ready for the CES 2015 trade show that will take place in Las Vegas. 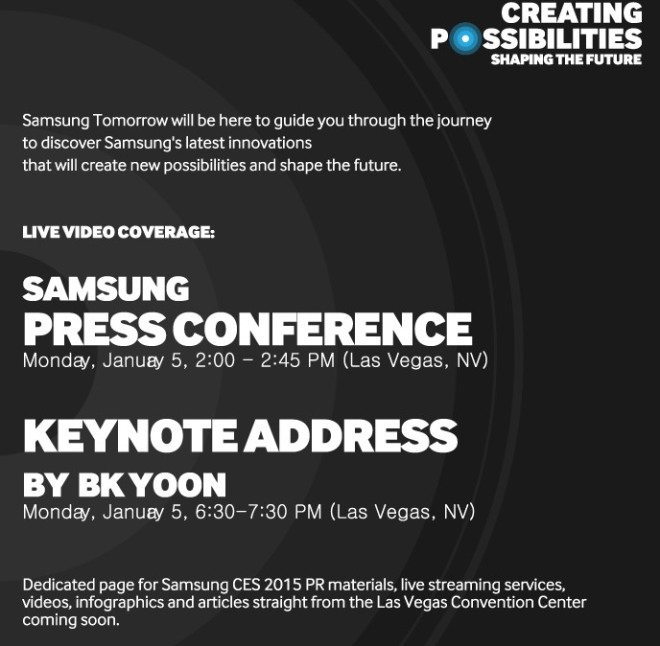 Among them we also have Samsung, company that today unveiled its program for CES 2015. We get to know that on January 5th, Samsung will have a press conference between 2:00 – 2:45 PM, followed by a Keynote address by BK Yoon, event that will be live between 6:30 – 7:30 PM.

As we can notice, these events will be streamed live on Monday, January 5. We expect to see new products like a new smartwatch and a couple of new metallic phones prepared right now by Samsung. What do you think that Samsung must need to launch on the market in order to keep the consumers close to the brand?