During the Dutch Trade Show that took place recently, Samsung unveiled a couple of neat handsets: S5200, M2310 and M2510, that we’ve never seen before. M2310 is a low end device, while the S2500 packs a 3 megapixel camera and comes in a two-tone black/red scheme. 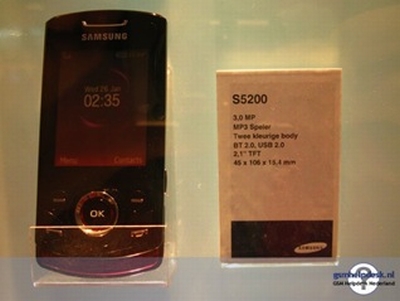 Samsung M2510 is a slider packing a QVGA display, FM radio, music keys and a VGA camera. These 3 devices will appeal to music lovers and those who don’t want to spend too much.