Samsung i770 “Saga” is available right now on Verizon’s website for online sales and telesales/B2B, but it’ll hit the stores on December 1st. The previously mentioned carrier is also preparing Samsung Renown for its launch, the clamshell handset being made available on November 19 (online sales) and hitting the stores in December. 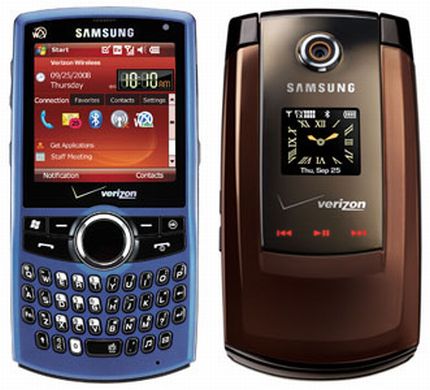 Saga is available for $199 after a $70 mail in rebate with a 2 year contract, or you can buy it for $269, after the 70$ mail in rebate plus the 1 year contract. In case you don’t like commitments, this Samsung phone can be yours for $389, no plan/contract involved. Renown, on the other side is a Samsung world phone with both CDMA and quad-band GSM support, a 2 megapixel camera and tons of other hot specs.

Renown will be available for $179.99 after a $50 mail in rebate and a 2 year contract. Back to Samsung Saga, this device has a pretty impressive features list, which includes 256MB RAM/128MB ROM, a full QWERTY keypad, a 2 megapixel camera, Bluetooth 2.0, WiFi, Microsoft Office Word Mobile support and a decent 1300 mAh battery.