Just like Apple has the habit of painting up in colors the Moscone center in San Francisco before a major unveiling, now Samsung has taken over Times Square in New York, preparing it for the big Galaxy S IV debut. As you probably know already, on March 14th, next week, Samsung will unveil the new Galaxy S device in Times Square. 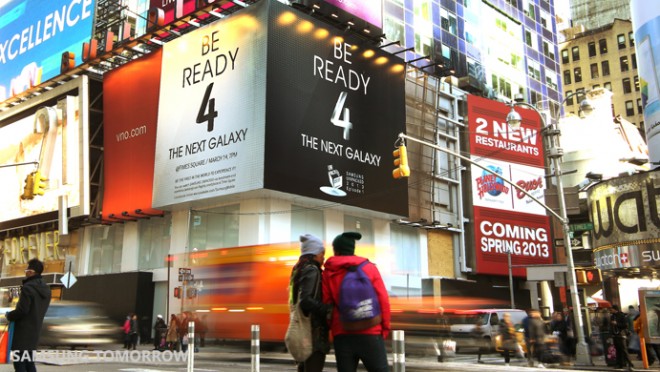 The event will be the Mobile Unpacked 2013 Episode and we’ll get to see the smartphone that many people already consider the best device of the year. You know the deets: 4.99 inch Full HD screen, Snapdragon 600/Exynos 5 Octa processor, 2 GB of RAM, 13 megapixel camera, 16/32/64 GB of storage, plasticky case. Samsung is pulling a bold move with this debut, making it happen in USA, right in its core, in New York, Apple turf.

The promo frankly makes me think more of the PlayStation 4, with that black/white mystery approach. Some teasers have already been published, with a kid getting all excited about the box with the device in it. So, is there any reader among you who will be there, in New York? 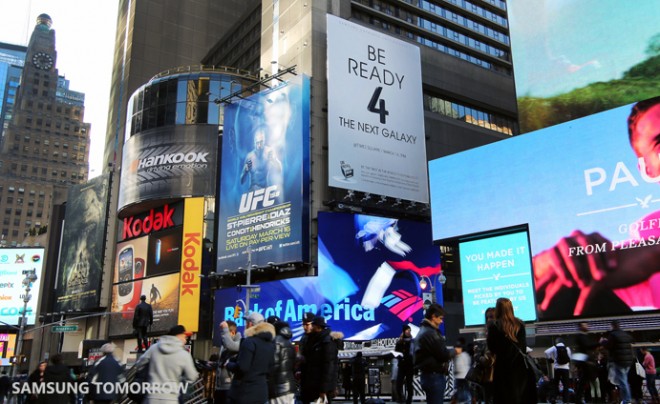 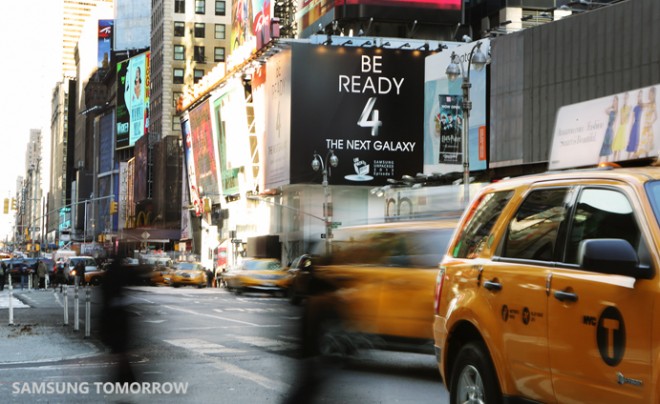