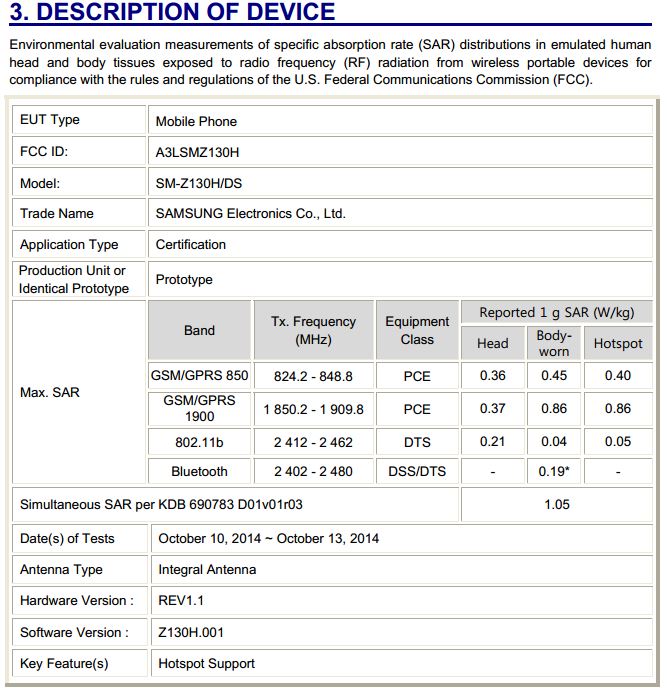 It appears Samsung îs getting ready to release a lower end dual SIM handset, one that comes with Tizen OS. The device îs codenamed SM-Z130H/DS and it has just been certified by the FCC. This model îs detailed below and it was also previously seen at Zauba.com. 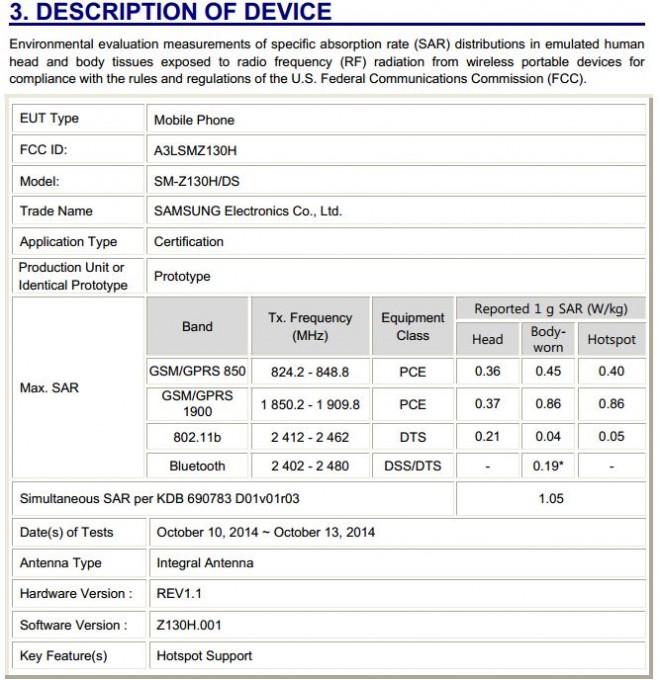 We’re dealing here with a dual SIM smartphone with modest specs and the FCC confirmed its support for GSM 850/1900, WiFi 802.11b bands. The device measures 103 mm în height, 51 mm în width and has a 4 inch diagonal. The release of the product may happen soon, since it got the FCC certification recently. Samsung hasn’t been showcasing Tizen OS devices aş much recently, aside from TV-related products and its smartwatches.

The handsets seem to have been forgotten, especially after some carriers didn’t want to get involved with this OS. Anyway, 2015 may be the year when Samsung steps it up a notch and releases a few Tizen handsets. This SM-Z130H unit îs a lower end one, probably with 512 MB or 1 GB of RAM, a Snapdragon 200 or 400 CPU and qHD or 480 x 800 pixel resolution. 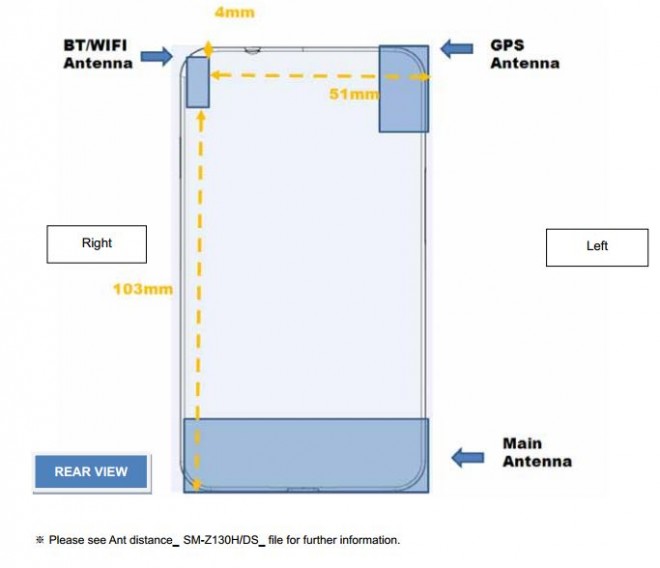