Samsung’s Stealth LTE smartphone, that was spotted at CES has now leaked, complete with a live image (below) and a set of specifications. The FCC recently welcomed this device, giving it its official name. Too bad that the phone comes with Android 2.2, although an upgrade to Gingerbread was promised at some point. 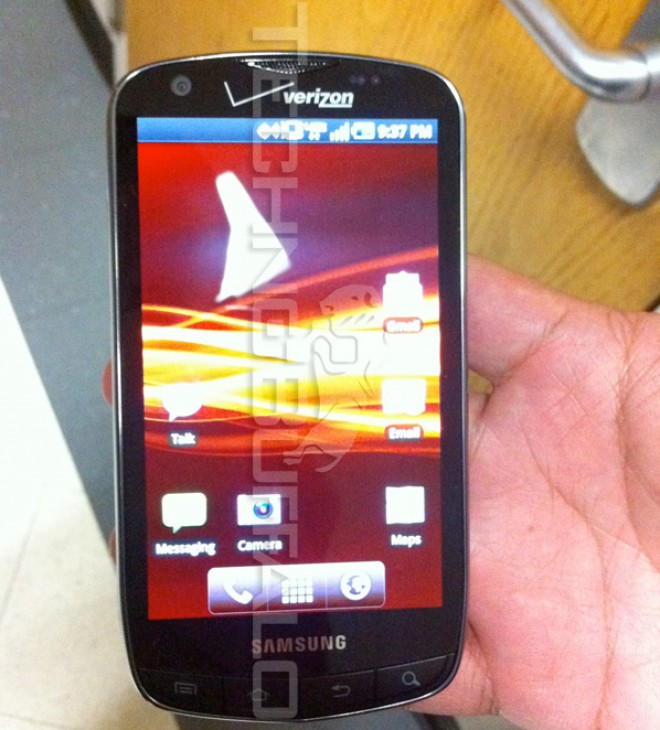 We’re talking Verizon material here, with a touch of LTE and a powerful processor. Here’s the feature list you’ve been waiting for:

It would have been cool if this handset had a dual core CPU, but you can’t have them all, can you? As far as design is concerned, Samsung Stealth is a curvy device, that’s also ergonomic and it comes with physical buttons at the bottom, that are a downgrade from the usual capacitive ones. Expect the smartphone on the market in mid-April, if you’re interested.