Samsung hasn’t provided new additions to their La Fleur line-up but it is rumored that they will do so in the near future. According to some recent news, Samsung is going bring new La Fleur versions for some of their Android based mid-level devices, including the Galaxy Mini 2 or the Galaxy Ace 2. 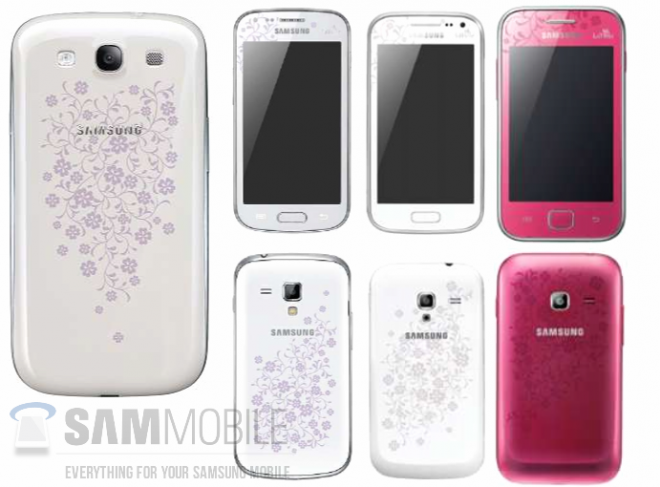 The La Fleur editions for Samsung handsets feature fashion oriented designs in pink or white, with flower designs on the outer shell of the devices. Samsung has released La Fleur devices, targeting the female consumers, based mostly on feature phones. At the beginning of this year they announced variants for the Wave Y, Galaxy Ace, C3322 and C3520. Later info suggest they will also be basing their La Fleur devices on some newer models barely launched on the market, such as the Galaxy Ace 2, Galaxy Ace DUOS and Galaxy S DUOS and the Galaxy Tab 2 7.0 tablet.

Further down the line we take a look at the most recent rumors according to which Samsung will be releasing a La Fleur Edition Galaxy S III in the near future. Sammobile are claiming that the variant will be characterized by “a flower print on the back of the device and front of the device.” More to come soon as we hope to gather some new info.