Samsung Omnia i900 was considered by many the perfect iPhone rival and now it has some sort of follow-up coming up, T*Omnia. Consider it the better twin, that replaces the 400 x 240 pixels display with a 800 x 480 one. The rest of the specs are the same: quad-band connectivity, Windows Mobile 6.1, candybar form factor, 7.2 Mbps HSDPA, WiFi and GPS. 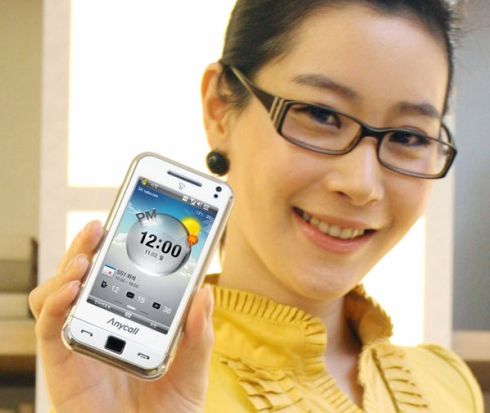 TouchWiz UI is still in action, while the camera kept its 5 megapixel resolution and an extra feature that arrives with the new device is also a DMB digital television tuner. Will Samsung T*Omnia ever hit the States? What do you think?