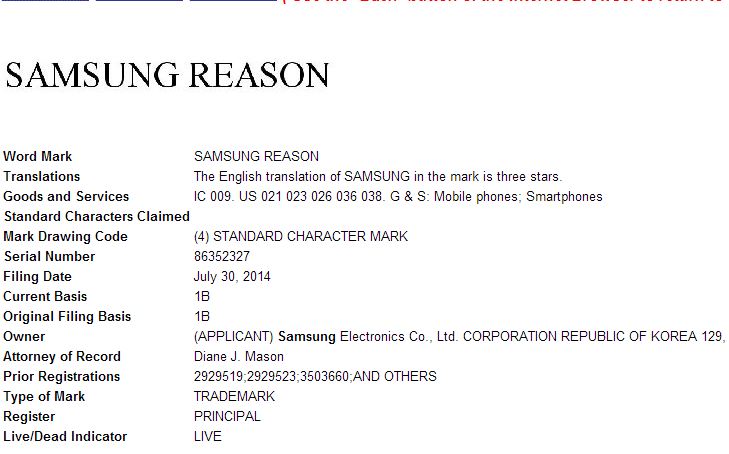 Samsung trademarked a new device this week, a model dubbed “Samsung Reason” and copyrighted in the USA. As the documents state, this name applies to devices described as “mobile phones; smartphones”. 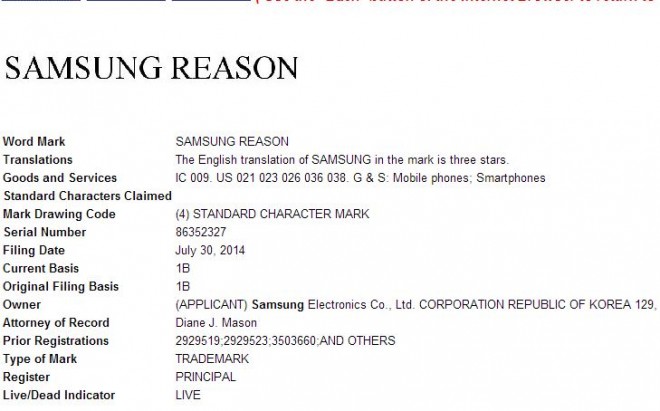 As usual, this doesn’t mean anything until we actually see the device and we know that Samsung has a habit of trademarking a lot of things and revealing fewer models. This sounds like the type of midrange phone that would sell well on AT&T, Verizon or T-Mobile, maybe some relative to the Galaxy S5 or Galaxy Note 4. It’s a well known fact that Samsung likes funky names on the US market.

Just look at models like Samsung Intensity, Galaxy Stratosphere, Samsung Gusto, Rugby, Gravity, Relay, Array or Montage. That’s why the name Samsung Reason shouldn’t surprise anyone. The thing is that the cooler the name is, the better the specs are and the less cool it is, the bigger the chances to get a midrange or low end.