It was expected that Samsung Galaxy S III would be a hit, but 9 million preorders later, queues started appearing all over the world, showing that people really can’t wait to get their hands on the new handset. When the phone debuted all over the world yesterday there were already people lining up to get it and for example Startford’s Westfield store made the news with over 30 people waiting for the Galaxy S III in front of the store. 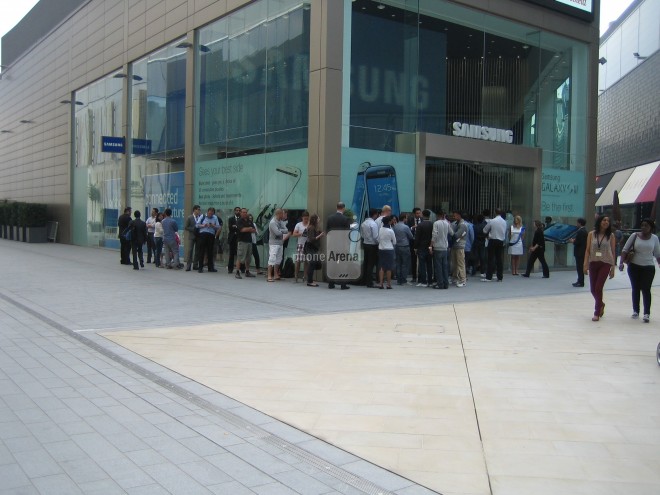 The line continued and reached close to 100 people, making us think of the usual Apple madness when the new iPhone launches. Stocks have been hit by this passion for the new flagship, especially due to the low supply of Pebble Blue version, struck by production issues. Wait times of 2-3 weeks are estimated right now for this version. UK carriers and retailers are also reporting bit wait times and O2 pins it at 5 days. Vodafone upped delivery time to 4 days and T-Mobile says that the product will be available after today.

Online retailer Clove will ship the Galaxy S III after June 1st and people are advised to call stores first, before going there and waiting for nothing, since the initial stock is already depleted. Amazon UK sells SIM Free ceramic white versions of the quad core Samsung phone, but they’re shipping starting June 8 for 500 pounds. 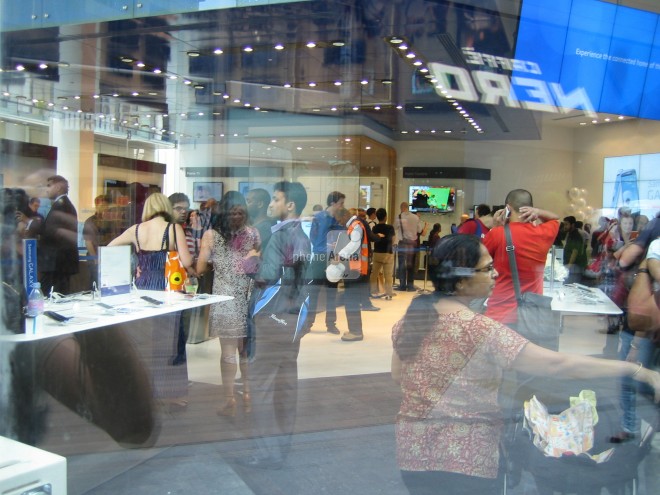