There’s a leaked image of Samsung 4G for T-Mobile aka Vibrant 4G and it seems that device might skip Android 2.2 and go with Gingerbread. This HSPA+ handset is the follow-up to the original Vibrant, the T-Mo version of Samsung Galaxy S. 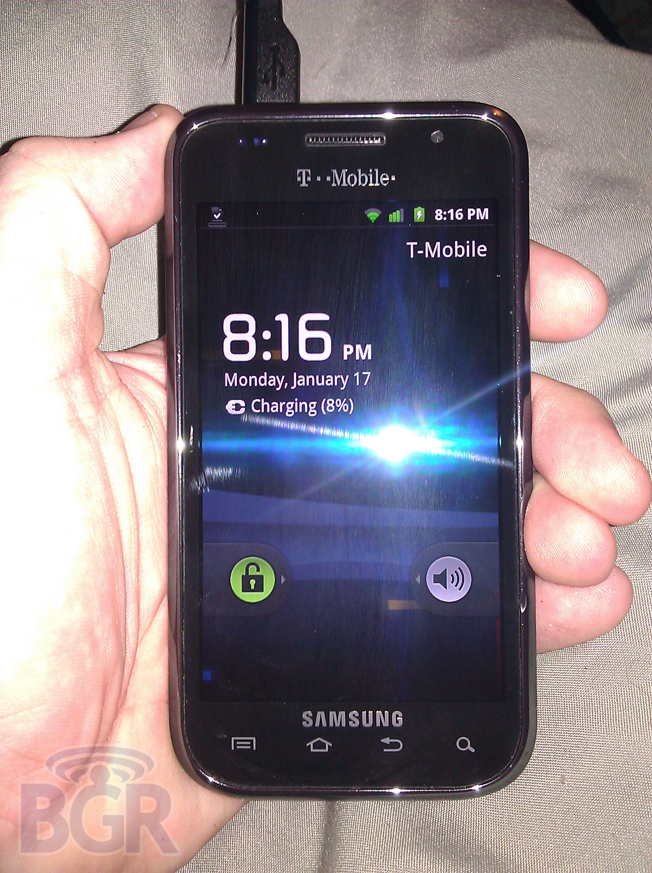 Galaxy S aka Vibrant was released with Android 2.1 on board and right now it’s awaiting Android 2.2 as an update, but speculations have surfaced, saying that Samsung is delaying this software upgrade, in order to push the new Vibrant 4G model. The latter was said to run Froyo, but the picture you see here changes all theories.

The image was leaked courtesy of BGR and some say that we’re dealing with a fake, or simply that the Vibrant 4G’s unlocked screen resembles Gingerbread because of TouchWiz customization. We’ll learn more about this aspect once the device is launched on February 9.