Samsung is organizing bada OS developer events in towns all across the globe, trying to attract developers to its platform. The attendants of these events get Samsung Wave handsets, or at least the ones in South Africa did just the other day, with journalists and devs included. 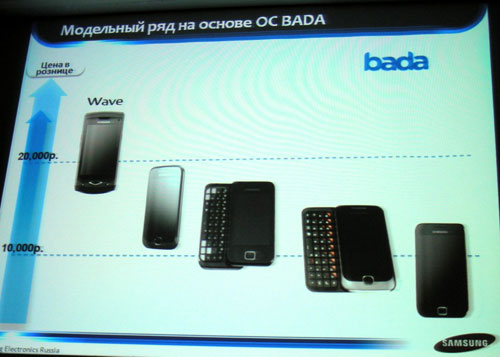 The folks of Phonereport also got handsets and managed to talk to a Samsung executive, who confirmed that more bada phones are coming, some with affordable prices. Apparently, one of these phones will be similar to the Wave and it’ll cost less than $200.

There will also be a sliding QWERTY handset with Bada OS and touchscreen included in the company’s portofolio, also coming in 2010.