Samsung’s first Bada OS phone, Wave (S8500) has just been made available in Germany, France and the UK, but it’ll continue to get released all over the world in the following weeks. Samsung Wave is supposed to reach Asia, Latin America, MEA and more European countries, too. 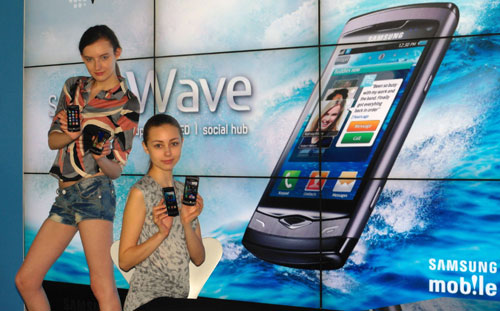 This powerful device comes with a 1GHz CPU, a 3.3 inch Super AMOLED touchscreen display, a 5 megapixel camera with HD video recording, Bluetooth 3.0 and WiFi. There’s also the TouchWiz 3.0 interface among the specs, plus DivX/Xvid support, a microSD card slot and a 3.5mm audio jack.

Samsung is working with developers to create apps for the bada OS, with the resulting software being sold via the company’s app store.