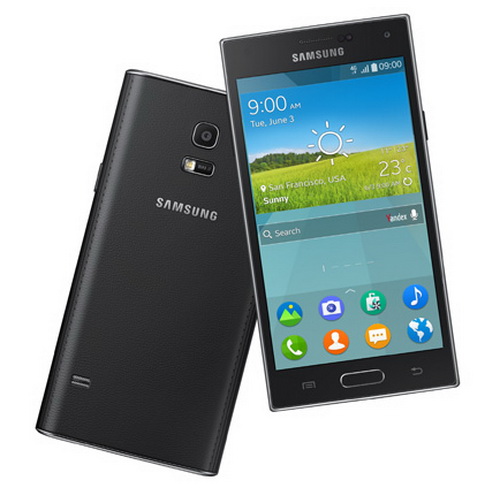 After a lot of rumors regarding a Tizen OS smartphone launch this year, it seems that the announcement arrived earlier than expected. The first Tizen OS mobile device it’s named Samsung Z (SM-Z910F) and it packs some high-end features, and some of them are similar to the ones seen on the Galaxy S5 flagship.

We also get a fingerprint sensor, a heart rate monitor, the Ultra Power Saving Mode seen on the Galaxy S5, and the Download booster function. As you can see in the picture above, Samsung Z comes with a square design and with a plastic back-cover texture that looks like leather. This new device will arrive in the 3rd quarter of 2014 starting with Russia.